The Weather Network has announced its iPhone and iPad weather apps have surpassed 7 million downloads and says it is one of the few Canadian-owned and operated companies to appear on Apple’s 25 All-Time Free apps in Canada list for 2013:

“As a Canadian leader in mobile app development, The Weather Network and MétéoMédia continue to deliver the most innovative and up-to-date weather-related content across a range of mobile platforms,” said Gita Ashar, Director of Mobile Applications and Emerging Technologies at The Weather Network. “We are extremely proud to be one of a handful of Canadian-owned companies to appear on the Top 25 All-Time Free Apps in Canada list.” 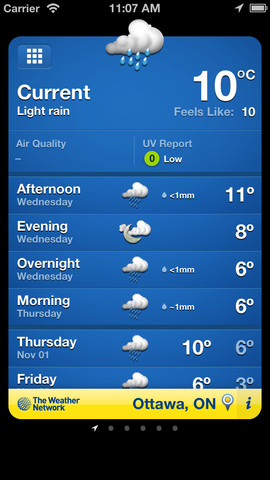 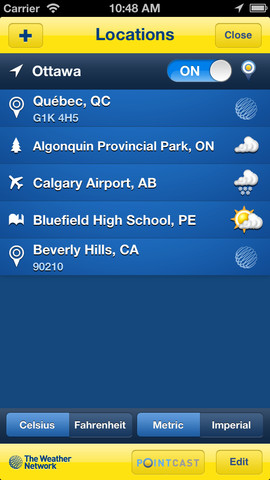 Parent company Pelmorex Media Inc. says both their iPhone and iPad versions of the Weather Network receive close to a million active users per day and drives more traffic than their website; during busy weather periods the iPhone app receives 12 million page views per day, or over 200 million per month.

Originally released as WeatherEye, the app relaunched itself back in October of 2011 and in 2012 the iPad version of the app topped the Top 25 All-Time Free apps; this year, it ranked second.

Even though there’s a plethora of weather apps for the iPhone, The Weather Network app has consistently been one of my go-to apps. What’s your favourite weather app?