As for the Canadian App Store, one notable Canadian app that topped the charts was The Weather Network HD for the iPad, the top free iPad app of all time, and ranked third in the free iPhone app category. The app received a major overhaul last October. 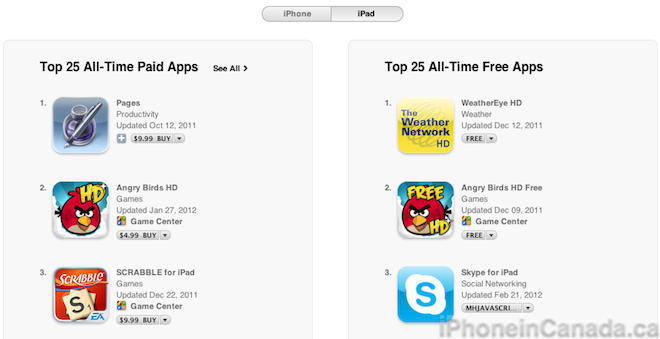 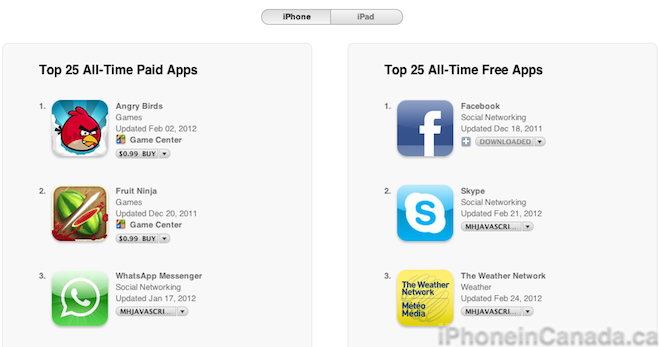 Other Canadian apps worth mentioning in the Top 25 All-Time lists include:

What are your favourite apps that made the Top 25 list, or ones that you think should have been included?