This update includes:
•Optimization for app performance
•Updates so you can book faster! Minimizing the loading time between you and your next WestJet flight
•In preparation for our upcoming inflight entertainment and connectivity system, WestJet Connect, you’ll see new features to access the system. Stay tuned for more information!

Tap on the ‘More’ menu along the bottom and you’ll see Westjet Connect under Inflight Entertainment. Here, we see the landing page which indicates users must connect to the airline’s Wi-Fi first, before accessing WestJet Connect: 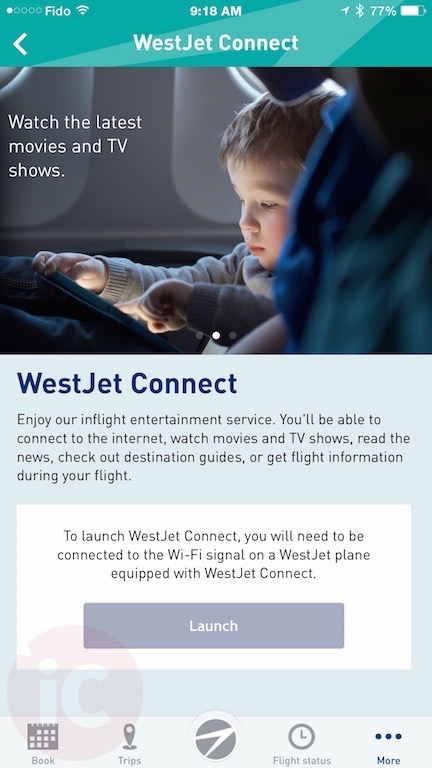 WestJet first announced it was set to launch an iOS-compatible inflight entertainment system 17 months ago, powered by Panasonic. Along with onboard Wi-Fi, customers will be able to access free and paid content such as live TV, movies and more. The airline also announced in 2014 it would be integrating USB/110 volt power outlets into seats, to provide power for customers.