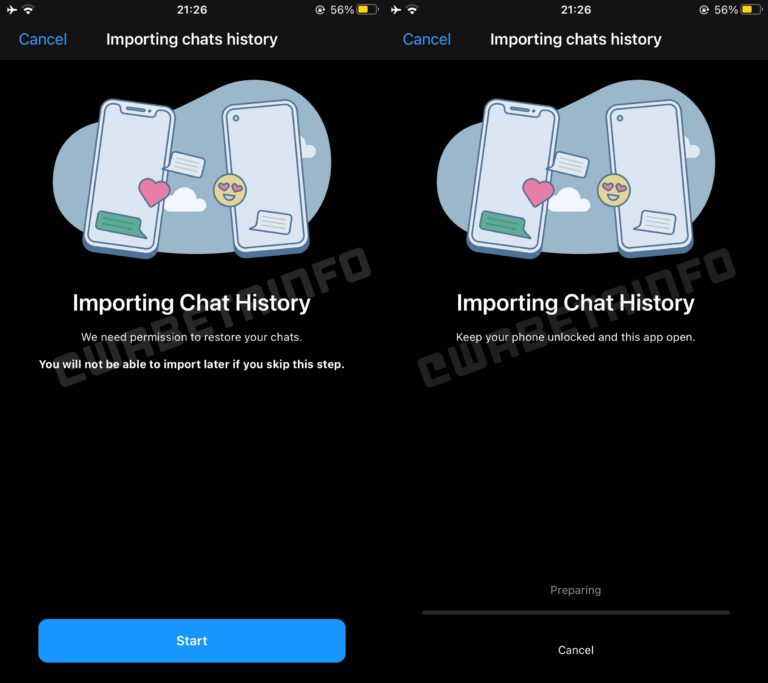 The WhatsApp app for iPhone will soon be updated to allow importing of chat history from Android, reports WABetaInfo.

The option “Importing Chat History” asks for a user’s permission before starting. When the import starts, WhatsApp says to “keep your phone unlocked and this app open”.

Previously, WhatsApp beta for Android (build 2.21.20.11) was spotted to let users move chat history from Android to iOS, but the same feature wasn’t spotted for WhatsApp for iPhone, until now.

Last August, Will Cathcart, head of WhatsApp at Meta, said the company was working on making it possible to move WhatsApp chat history from one platform to another, starting with Samsung devices. “It’s coming soon to Android and iOS phones soon,” said Cathcart at the time.