WhatsApp for iOS Gets Snapchat-Like Drawing Feature on Photos, Videos

WhatsApp for iPhone has been updated to allow users to draw on images and videos, borrowing a feature from Snapchat (but these don’t disappear).

Users can now draw, add text or emojis to photos and videos, being able to choose from various brush sizes and fonts. The new feature comes as Instagram added the feature back in August, so it was only a matter of time before Facebook-owned WhatsApp introduced this as well, and now it’s here. 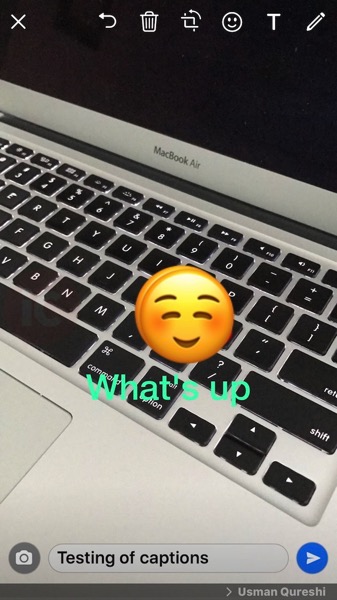 Another feature now allows Group chat admins to invite people to join a group by sharing a link. The new “Group Invite Link” is available from the group info tab at the top of each chat. This will surely make it easier for community groups or sports organizations to have massive chats.