Your Whistler Blackcomb visits are going to get more interesting, now that the company’s mobile app has been updated to access WB+ data on your iPhone.

WB+ uses RFID technology built into your lift ticket or pass to reveal mountain stats, leaderboards, groups, badges and goal-setting, so you can challenge friends and family. WB+ is also tied to Twitter and Facebook so you can easily share your accomplishments.

What’s New in Version 3.3.1
– New this winter: access WB+ within the app. Challenge yourself and friends with mountain stats, leaderboards, goal-setting, groups and badges all with WB+. Getting started is easy: all Whistler Blackcomb lift tickets and passes come equipped with RFID technology for WB+, so everyone can play. Access your dashboard complete with stats and badges within the App. WB+ officially launches November 26, 2015.
– Support for iOS 9.
– Bugs fixed including Snow and Lift notification settings.
– Winter 2015.16 modules updated. 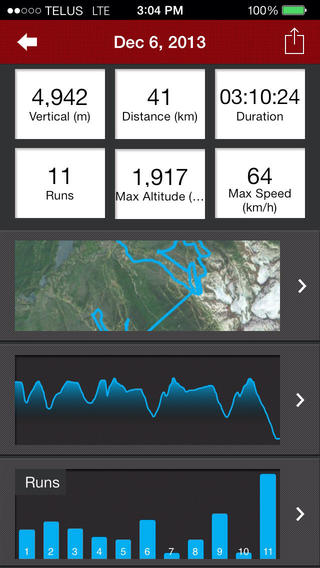 WB+ officially launched on November 26, 2015, and is free to use as it’s built into every Lift Access Product (except sightsee tickets). Now you can truly be the ‘King of the Mountain’!