Neowin.net has posted a first look at screenshots of Microsoft’s upcoming Windows Live Messenger for the iPhone. The iPhone OS was introduced in mid 2007. It has been almost three years and Windows Live users haven’t had a taste of an official app for the iPhone. Well that has now changed.

Windows Live Messenger for iPhone will include photo sharing, chat and a social stream for users.

There are free alternatives out there for MSN users. Such examples include Meebo, IM+ Lite, and eBuddy. This news comes a few years too late, but then again this is Microsoft we’re talking about. 😉 Should this be filed under, “News we really don’t care about”? 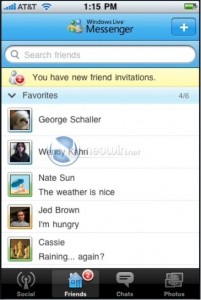 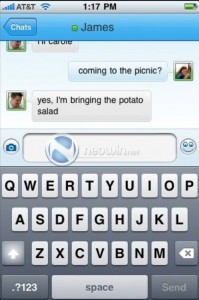