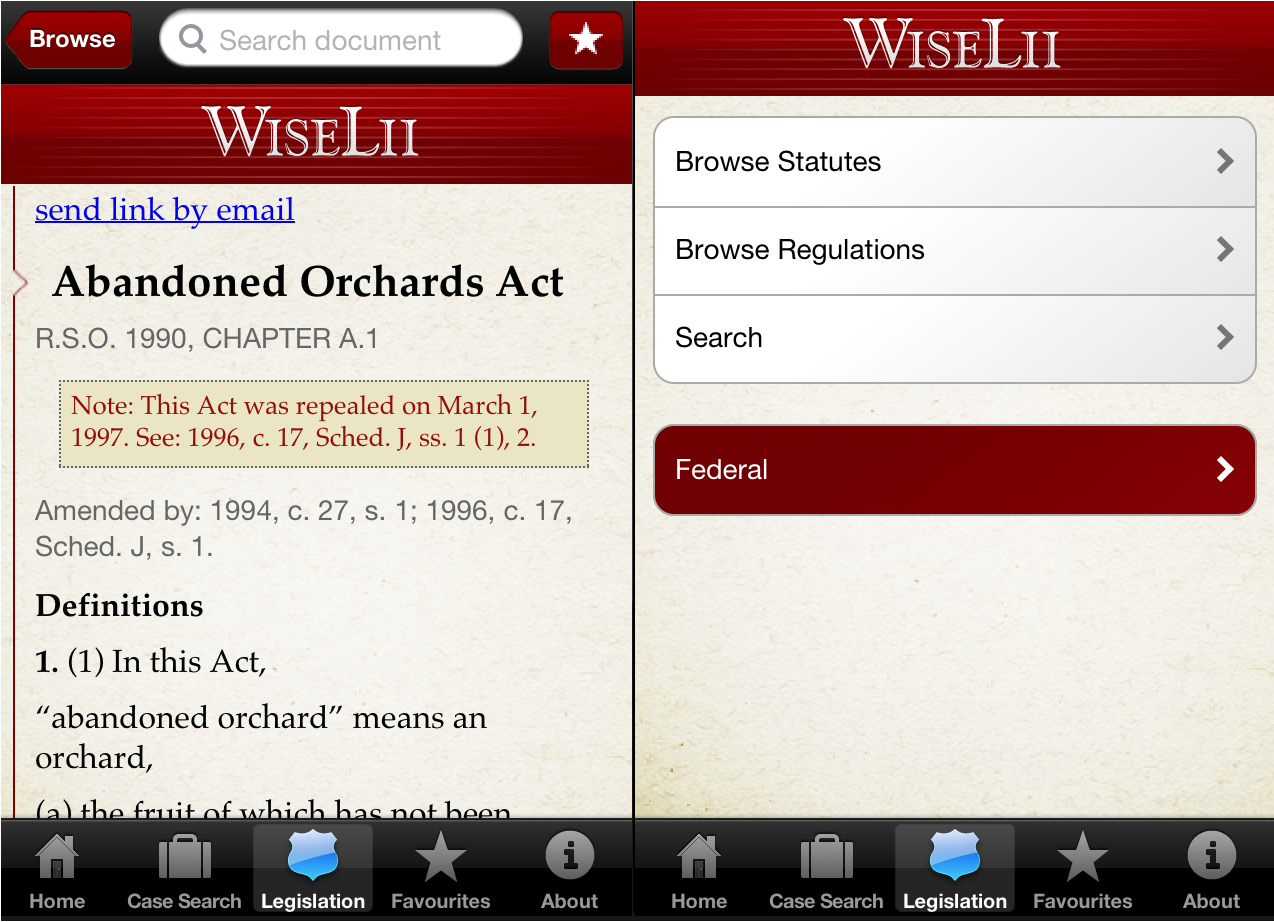 If you’re amused by Canadian legal court cases or regulations, then I may suggest you download a new application called Wiselii. It’s free of charge on the iOS App Store and is genuinely a non-affiliated mobile version of CanLii.

Wiselii was created by Toronto lawyer Gary Wise to ease the process of viewing an assortment of legal information on the mobile-web. According to the report, Wise has worked on this application for “well over” a year.

Detailed by the source, here’s why Wise decided to develop “Wiselii”:

“I began hearing about law firms building  apps,” he said. “I was intrigued but wanted to do something that went beyond the typical “mobile business card” that I was seeing. Increasingly, I found myself reaching for my iPhone at pretrials and mediations, looking up cases, legislation  and blogs that were relevant to issues that came up, but the results were hard to read on mobile and the process was not so nimble.  A legal research app seemed like an obvious direction. One of our former articling students, Chris Bird was instrumental in developing the idea. As it evolved, the app’s usefulness to the general public as an access to justice tool became increasingly clear – free information democratized justice. That’s the beauty of CanLii.”

After attaining a chance of viewing Wiselii, I was left impressed. I honestly failed to notice legal information was this closely accessible until now. Wiselii simplifies the process — allowing users to search specific cases and browse among different regulations. And if you find a case or regulation you want to follow, just favorite the specific page using the star at the top right of the application.