WordPress for iOS was updated today to version 2.8.1. The update brings minor fixes to the app to prevent crashes and various bugs. The updated also brought better statistics charts with number formatting and labels.

WordPress is available for free in the App Store. 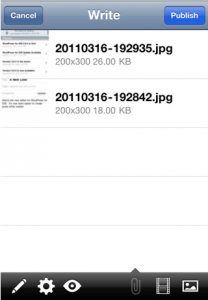