WordPress For iOS Updated To 3.0 With Push Notifications & Swipe-To-Moderate Toolbar

Today the official WordPress for iOS app was updated to version 3.0.

The update brought two new features that should be useful to those who use WordPress for their websites.

The second new feature is a Swipe-to-Moderate Toolbar. In the comments list in the app, users can now swipe over any comment to reveal a moderation toolbar. If you use the WordPress app to moderate comments, the new toolbar is really nice and very easy to use.

The update also brought improved performance throughout the app and new language support for Chinese (Taiwan), Hungarian, and Polish.

It’s easy to manage your WordPress blog or site from your iOS device. With WordPress for iOS, you can moderate comments, create or edit posts and pages, and add images or videos with ease. All you need is a WordPress.com blog or a self-hosted WordPress.org site running 2.9.2 or higher.

The WordPress update is now available and the app is available in the App Store for free. 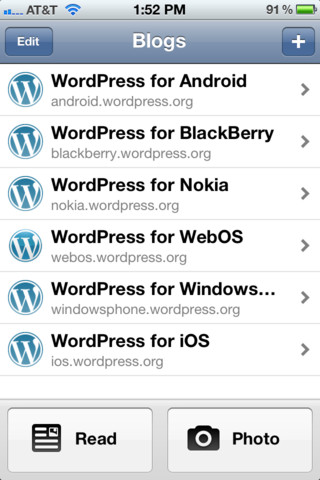