Apple has updated their WWDC iOS app head of next week’s 2017 event. Version 6.0 of the app comes with an all-new design, plus new features for attendees, or those following remotely from home. 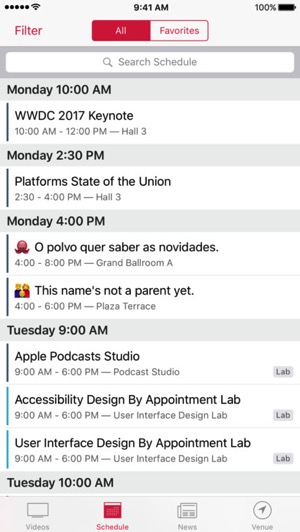 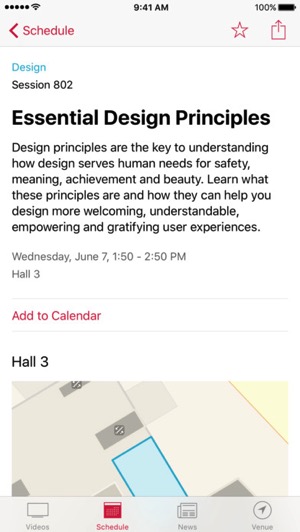 The new Venue tab now offers important venue information, while the WWDC app can and all its features can be used without signing in.

The WWDC17 keynote will be live streamed next week on Monday, June 5 at 10AM PDT/1PM EDT, in San Jose, California.