Back in February, Google debuted YouTube Kids for iOS exclusively in the U.S., an app which offered curated videos for younger viewers in a safer environment, away from the craziness that makes up the regular app. But now? It’s available in Canada, eh! 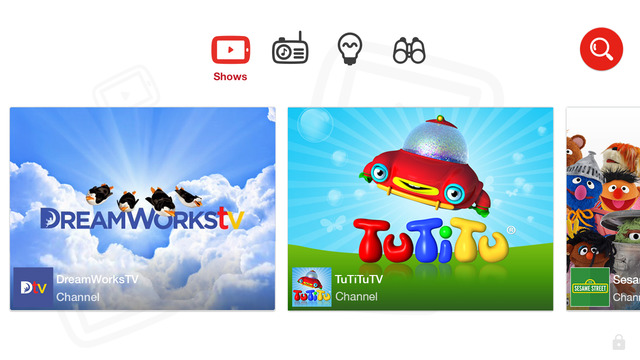 YouTube Kids has videos separated into four sections, plus allows various parental controls, making it a unique app to allow children to view media in a controlled and safe manner.

Google says the Canadian version has localized content too, including “popular content from Canadian producers and broadcasters such as Kids’ CBC, Super Simple Songs and TVO Kids,” and to think of the app as “Wild Kratts and Treehouse Direct at the touch of a button.”

Aside from Canada, YouTube Kids for iOS is now available for download in Australia, Ireland, New Zealand and the United Kingdom. Rejoice, parents.

To make exploration easy, videos in the app are split into four categories: Shows, Music, Learning and Explore. We also took out the complicated stuff to make an app even little ones can navigate — that means big buttons, easy scrolling, and instant full-screen. And when the whole family wants to enjoy their favorite videos together, everyone can watch on the big screen with Chromecast, Apple TV, game consoles, or smart TVs.

Google says the app has been downloaded over 10 million times, and more time has been spent viewing Wheels on the Bus versus Psy’s Gangnam Style.

For new parents out there, YouTube can be an essential tool to keep your baby or toddler busy for a brief moment, so you can meet your basic needs of a meal, a drink of water or even—just maybe—a frickn’ shower.

Click here to download YouTube Kids for iOS in the App Store. I know a lot of you parents out there have been waiting for this!

Update Nov. 18, 10:21AM PST: A YouTube spokesperson just responded to our query with the following statement:

Quebec is a unique environment and we’re not launching YouTube Kids in the province at this time.  We are going to take a very thoughtful approach to how we can expand the app to other markets.

It doesn’t explain much, but does leave the door open for a possible future launch.