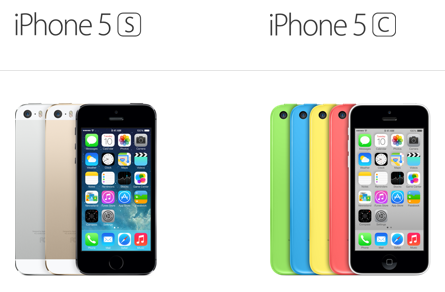 We’ve seen the iPhone’s design evolving from the first model to the recently introduced 5s and 5c, but did you know that the iPhone was once a clunky tablet-sized “handset” running software called “skankphone”? Yes, the iPhone as we know it today, was in fact a tablet. Below, you’ll find a short history of the beginnings of the iPhone design.

Fast Company’s recent oral history of design at Apple, which includes interviews with dozens of insiders and former Apple execs, gives as a sneak peek into the iPhone’s early days.

The whole story starts ten years ago when Apple started an experiment with multitouch: the main idea was to shrink the PC into a tablet. And the theory quickly materialized as the first “iPhone”, which was an iPad, but neither the iPhone nor the iPad we know today.

Two years later, Apple set off a small skunkworks team to work on a product codenamed “Purple,” which later became the iPhone. What’s interesting, though, is that there was no mention of multitouch back then: the team’s job was to convert the iPod into a phone. This project’s name was later shortened to P1.

“We started with an iPod Mini and tried to make it a phone,” recalls Tony Fadell, Apple’s former senior VP of its iPod division. “We actually built a phone with a click wheel–it worked like a rotary dial.”

But then Scott Forstall got a wind of the project, and thanks to Apple’s recent acquisition of FingerWorks, his aim was to do a touch screen-based platform on the phone. So this became P2.

Without any hardware available, Forstall’s software developer team had to find a solution to simulate the power of an iPhone, and that was . . . the ‘shittiest’ Mac computer available: a blue and white Mac G3.

While Jony Ive’s team was crafting the industrial design, Forstall’s software team was plugging away on a set of clunky hardware simulators. But surprisingly, these simulators were designed not from cutting-edge Apple computers, but their dinosaur predecessors. “We knew we weren’t going to have [the real] hardware for a long time,” says Ganatra. “We developed a simulator running on a Power Mac G5, and isolated as much running software as we could from the rest of Mac OS. Once we had that thing running, we said, ‘Let’s find the shittiest Mac we can,’ because we knew we were going to have performance issues that were hidden by the fact that we’re running on this super computer processor.”

In the end, Forstall’s team received an “iPhone”, but it took up half a table in Forstall’s lab, and included a full development board, modem, antenna and display tethered to it.

Finally, they made two user interfaces:

“We ended up making two user interfaces,” recalls former top iPhone manager Andy Grignon. “There was the UI that you got if you were knighted by Steve to see these glorious pixels cause they’ll blow your fucking eyes out. And then there was this other UI that we called Skankphone for testing. It was this awful UI that allowed you to make phone calls and text, but it was these hideous red buttons and boxes.”

Though more engineers were eventually given access to the full-blown UI, Forstall’s team was never truly on the same page. In fact, in Grignon’s recollection, he had to go to extremes to work around the system to the point where he had to sit his own engineers next to one another with a curtain in between–one with full iPhone access, the other with Skankphone access–to debug the code.

And the rest is history: the iPhone launched in 2007, and here we are now with the iPhone 5s and 5c breaking all previous sales records.