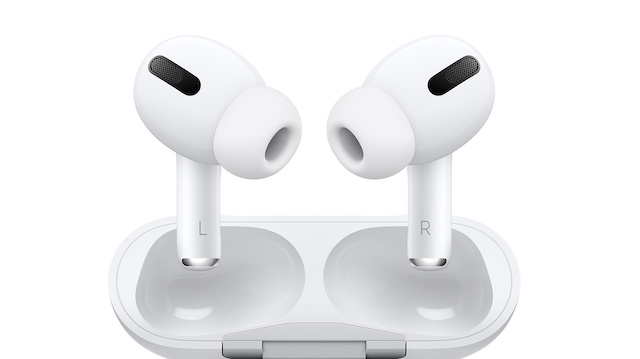 Apple is expected to launch its third-generation AirPods, featuring its shift to a more ‘Pro’ design later this year. Additionally, Apple’s AirPods Pro 2 will reportedly release in 2022.

In a new report from Bloomberg‘s Mark Gurman, Apple’s reported plans to release its third-generation AirPods sometime later in 2021 are echoed. Similarly, previous reports that AirPods Pro 2 is in development with a target of next year are substantiated by Gurman.

Based on rumours and reports, Apple’s AirPods 3 will feature heavy design improvements. The basis of the remodelling is to bring the design close to that of the AirPods Pro. It’s been suggested that the AirPods 3 will feature a short stem and come with a new case. As for the AirPods Pro 2, Gurman states that the new wireless earbud will feature fitness tracking and sport new motion sensors. Gurman also states that Apple has tested a model that has eliminated the stem altogether. Though that design will be reserved for the Beats Studio Buds expected to be announced next month.

The ‌AirPods Pro‌ coming next year will be the first change to that product since October 2019 and will include updated motion sensors with a focus on fitness tracking, the people said, asking not to be named because the plans are private.

Earlier this year, it was heavily reported that the AirPods 3 would release in the first half of 2021 with the AirPods Pro 2 landing somewhere in the latter half. Due to unknown reasons (likely production and assembly delays), that window has been shifted approximately six months.

Additionally, Gurman discusses Apple’s AirPods Max and states that the company only recently caught up with demand for the high-end product. On the topic of new iterations, Gurman says that Apple is “not currently working on a second generation of the AirPods Max”. However, the report indicates that Apple may introduce additional colour variations in the future.

An Alaskan snowmobiler who found himself in need of assistance is the first reported person to utilize Apple's Emergency SOS via Satellite service. According to Alaska State Troopers (via 9to5Mac), an adult male travelling from Noorvik to Kotzebue on a snowmobile activated the Emergency SOS via Satellite service on his iPhone. On December 1st, at...
Steve Vegvari
3 hours ago

December 1st marks World AIDS Day and Apple is continuing to support Global Fund in its worldwide fight to stop AIDS. In doing so, Apple Stores around the world are promoting (PRODUCT)RED displays and products. Additionally, Apple is promoting apps, videos, and other materials on its products to help increase visibility. Since 2006, Apple has...
Steve Vegvari
1 day ago