Amazon will likely launch its long-awaited video-streaming device, but not until April, despite earlier rumours of a March release. The online retail giant will sell the device though its website and retailers such as Best Buys and Staples, according to sources speaking with the Wall Street Journal. 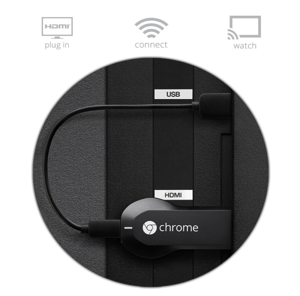 Details are sparse, but what’s known is that the device will enter a highly competitive market with established players such as Roku, Google’s Chromecast, and Apple TV. Amazon’s device is rumoured to run Android, like the company’s tablets, and will carry multiple apps available on Apple TV and Roku. Pricing is as yet unknown, but it will certainly be priced between Chromecast’s $35 and Apple TV’s $99 price.

The Amazon device will carry a variety of apps available on Roku Inc. and Apple Inc. set-top boxes and run on a version of Google Inc.’s Android software, like Amazon’s tablet computers, these people said. Roku’s most popular apps include video services Netflix and Hulu Plus and music service Pandora, as well as Amazon’s own video-streaming service.

But the product would give Amazon more access to the living room. Amazon offers its own streaming-video service, for which it produces original programming. For now, the service is available only on other companies’ devices, so Amazon misses out on revenue from ads or app downloads, as well as data about consumers’ behavior.

An earlier report from TechCrunch claimed that the Amazon video-streaming device would resemble Chromecast’s dongle, and it has been under development since last April. While the sources were pretty confident of an April rollout, the company could postpone the launch based on several (financial or performance) concerns.

Fresh off the heels of the launch of Apple's HomePod (2nd-Gen), TF International Securities' Apple analyst Ming-Chi Kuo believes a successor to the HomePod mini 2 could be on its way. In a tweet thread surrounding Apple supplier Goertek, Kuo discussed that the Weifang-based components company has "secured NPI and assembly orders" for the ‌HomePod mini‌...
Steve Vegvari
6 hours ago