You may be surprised, but Apple isn’t thinking big, but small. In other words, the next product Apple unveils could be an iWatch, not the iTV everybody was talking about last month – at least according to one Apple analyst speaking with BusinessInsider. 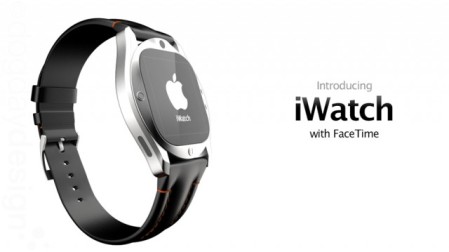 There are some questions, though: how come Apple is working on a watch that could sell for, let’s say, $100 instead of a television set, which could be sold for $1000+? Well, we don’t want to suggest Apple has dumped the area Tim Cook called an “intense area of interest”, but the tech trend seems to be moving toward wearable technology.

This could easily kill the iPhone (and, yes, the smartphone as a whole), but if you look back, you can see that as tech evolves, the refresh cycles are getting shorter: it was just a while ago when the iPhone revolutionized the phone, and the iPad is already eating into traditional PC sales.

“We believe that longer term (over the next 10+ years), wearable computers could eventually replace the iPhone and smartphones in general.”

“We believe technology could progress to a point where consumers have a tablet plus wearable computers, like watches or glasses, that enable simple things like voice calls, texting, quick searches, navigation, etc. through voice control.”

Multiple sources pointed out that the iWatch is real, and the crowd-funded Pebble watch shows that there is a high demand for this type of device.