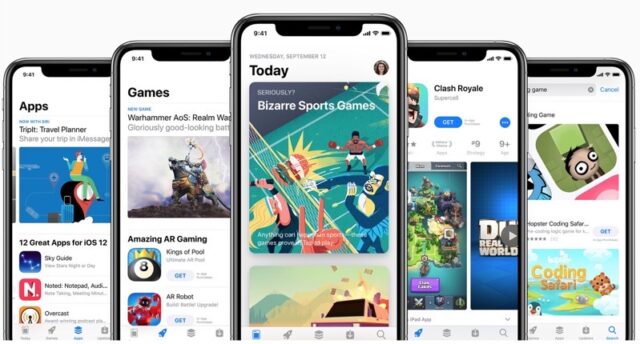 As reported by TechCrunch, app analytics firm App Annie released a breakdown of consumer downloads and spending in Q3 2020 across iOS and Google Play. As per their findings, App Annie detailed that Q3 became the larger quarter to date for consumer spending. Across both iOS and Google Play, 33 billion apps were downloaded during the quarter with consumers spending $28 billion on apps.

The US and China were two of the top markets contributing to consumer spending on iOS during the quarter. India and South Korea were also high on the list, significantly growing from last quarter. 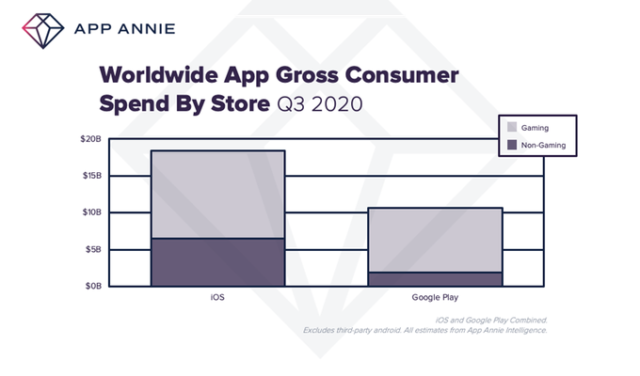 On iOS, the top categories on the app store for downloads and spending were Games, Photo and Video, and Entertainment. In reference to the Entertainment category, sports-related apps surged in popularity this year as sports returned to the air. Additionally, TikTok rose to the second spot in regard to consumer-spending. This is largely attributed to the addition of virtual tipping to streamers. TikTok became a viral sensation this year and a leading content platform. 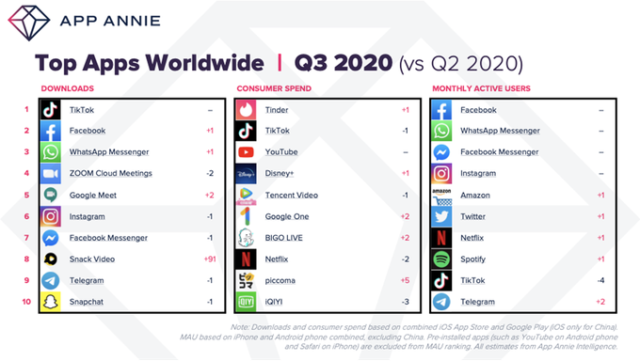 When looking at total downloads, TikTok took the number one spot. Facebook and WhatsApp followed not far behind. Unsurprisingly, productivity and video conferencing apps Zoom and Google Meet also made their way into the top 5. Given the world’s circumstances and remote workplace lifestyles, Zoom and Meet have risen in popularity.

App Annie’s analytics report echoes a similar report from Sensor Tower which stated that app revenue grew to an estimated $29 billion during Q3 2020.