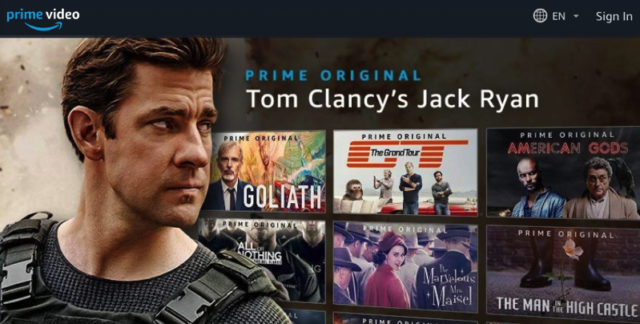 During the antitrust hearing held yesterday afternoon, it was discovered that Apple agreed to talk half its App Store fee off in order to get Amazon Prime Video on its mobile devices and Apple TV box.

In 2016, Apple senior vice president Eddy Cue and Amazon CEO Jeff Bezos exchanged emails negotiating terms for getting Amazon Prime Video on Apple devices. According to a report from Bloomberg‘s Mark Gurman, the emails showed that Apple agreed to a 15 percent revenue share on customers who signed up through the app and agreed to no revenue on user accounts who have already signed up. The deal also gave Apple a 15 percent cut of subscriptions made through Apple to Amazon Prime partners like Showtime.

This deal, however, is generally not of the norm. For most app developers, Apple requires a 30 percent revenue cut from subscriptions during the first year of being on the App Store. That number is then cut to 15 percent after the first year.

It appears as though Amazon was apart of a program Apple announced earlier this year, where the company would allow select developers a reduced revenue cut in exchange for integrating certain features within the Apple ecosystem. In this case, when the deal was officially announced in 2017, Apple allowed Amazon to integrate with Siri and the Apple TV app.

During the antitrust hearing, which sought to investigate Apple over its App Store regulations, Apple CEO Tim Cook was questioned whether the company treats all app developers equally. The Amazon Prime Video deal gave the committee some pause. When asked if developers are treated differently, Cook spoke on the matter by saying: “That is not correct.” Cook continued, “We treat every developer the same.”

It was also discovered that at one point, executives of Apple considered taking a 40 percent cut of revenue from in-app subscriptions. In an email exchange from 2011, Apple’s Eddy Cue wrote to other executives saying they “should ask for 40% of the first year only but we need to work a few deals to see what is right.”

Jai Chulani, another executive wrote that Apple “may be leaving money on the table if we just asked for about 30% of the first year”. This was in relation to digital content and streaming apps, specifically running on the Apple TV box.

The App Store is a prime pillar of Apple’s revenue intake, especially as mobile device sales have slowed down recently. During its fiscal third-quarter report, analysts projected that Apple’s services generated $13.1 billion. The App Store alone made up for 23 percent of that during the second fiscal quarter.