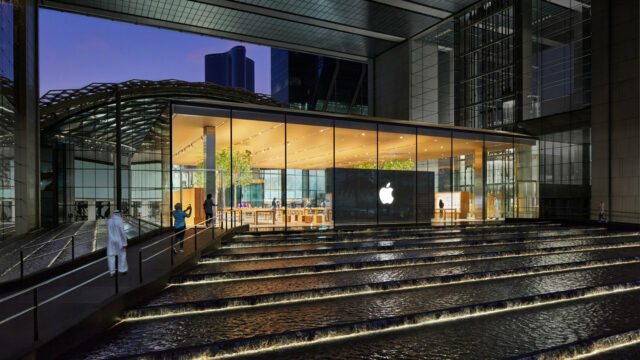 Apple has unveiled its new Al Maryah Island retail location in the heart of Abu Dhabi’s financial district ahead of its grand opening Friday, February 25.

Apple’s preview, shown in its Newsroom, gave us a first look at the Apple Store. The retail location is enclosed in floor-to-ceiling glass and sits at the head of cascading waterfall steps. To enter or exit, customers will walk across two ramps paved with Absolute Black granite stone. The Apple Store also features a golden carbon fibre roof sourced in the UAE. Those visiting from  The Galleria Al Maryah Island Mall will venture through a mirrored stainless steel portal. The sounds of water jets can be heard and a 72-foot-long mirrored foil ceiling, creating a kaleidoscopic effect, can be seen above.

“We couldn’t be more thrilled to open the stunning Apple Al Maryah Island this Friday,” said Deirdre O’Brien, Apple’s senior vice president of Retail + People. “Our talented team is ready to welcome and delight customers from this vibrant community to our newest location in the Emirates.” 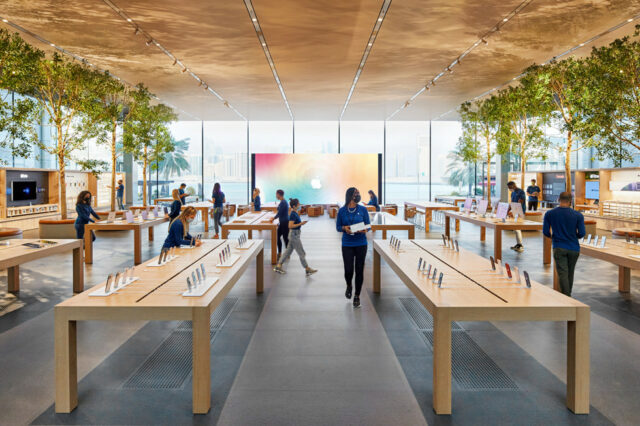 Apple Al Maryah Island will be home to three unique Today at Apple sessions that are said to draw inspiration from the surroundings and culture of Abu Dhabi. As listed by the company, they include: 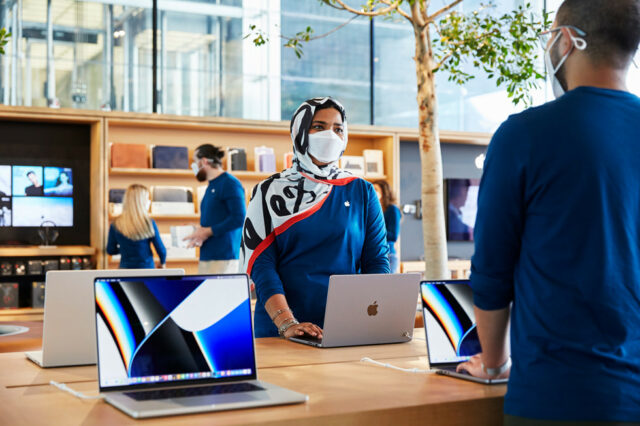 The Apple Al Maryah Island team will be made up of more than 80 members representing 28 nationalities. Across its staff, more than 30 languages can be spoken including Arabic, French, Hindi, and Tagalog.