With construction of Apple’s North Carolina data center already underway, Apple’s smaller tactical facility in North Carolina in addition to its massive data center in Maiden, N.C., a new report is now claiming that Apple is building another huge data center in Hong Kong SAR, China, which will be operational by 2015, the same time Apple’s Spaceship Campus 2 is scheduled to complete (via 9to5Mac). 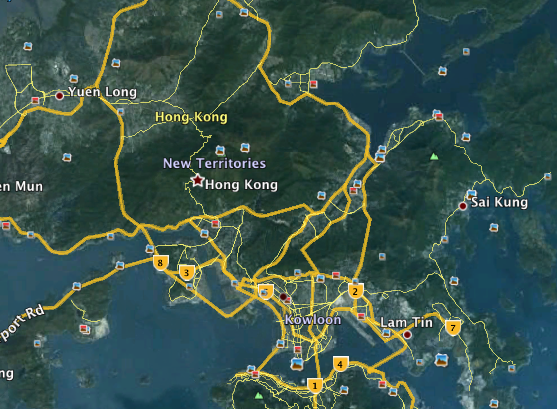 The report notes that Apple is currently reviewing bids from various local and international companies for the construction of the data center. Other big companies like Google prefer Hong Kong for their  data centers because of the country’s “legal structure that keeps Chinese Government’s hands off the data physically housed on its soil”.

“Apple recently finalized a location in the New Territories region of Hong Kong near the Shenzhen China border for the data center. We spoke to a bidding contractor employee who, on the condition of anonymity, told us the planned data center’s scale is unprecedented for his business: “There is simply nothing to compare it to and therefore it is hard to make estimates on size based on the materials required.” We were told that construction is to begin in Q1 2013, and it will likely take over a year for operations to start in the data center”.

In addition to avoiding physically putting its servers in Mainland China to avoid government snooping, Apple also wants to be physically close to its fastest-growing region and the world’s most populous nation, claims the source.

The Apple TV+ original series Shrinking is now available to stream in Canada. Jason Segel and Harrison Ford star in a comedic drama series centred around a therapist that decided to approach his role in a new way by taking the filter off and giving unbridled honesty and advice. Shrinking stars Segel as James Lair,...
Steve Vegvari
19 hours ago