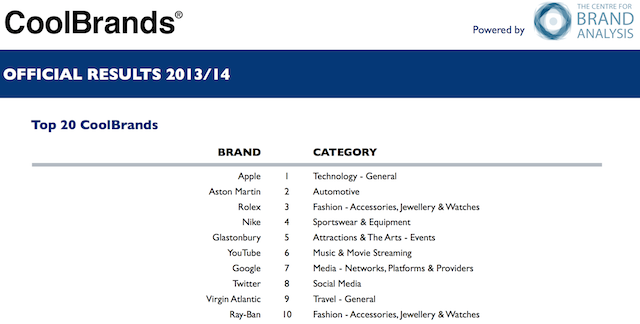 While Apple has already been crowned as the most valuable brand in the world earlier this year, Britain’s CoolBrands has now chosen Apple as the ‘coolest brand’ in the UK amongst 10,000 brands, PatentlyApple reports. Others on the list included Aston Martin, Virgin Atlantic, Bang & Olufsen and Google coming in at fifth spot.

The report states that “CoolBrands said that this year’s swing to luxury brands represented a correlation with the reviving British economy.”

Chairman of the CoolBrands Council, Stephen Cheliotis noted that while Apple remained number one this year, it’s debatable of how long it can hold this position in the face of an increasingly competitive set of rivals.”

According to the CoolBrands 2013 results, Apple is also No.1 in “Technology – General” category. 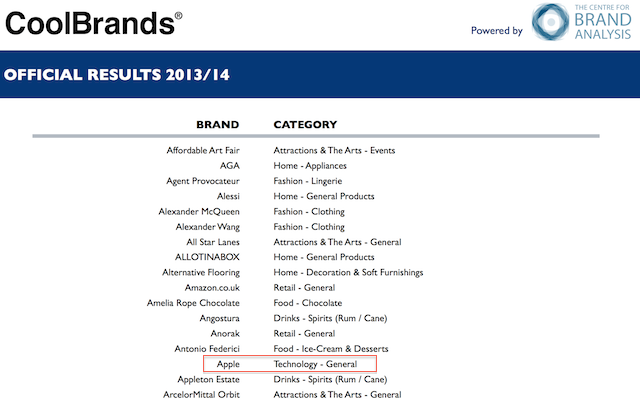 Currently in its 12th year, the CoolBrands list, chosen by members of the public and a “council of influencers”. The list is run by the Centre for Brand Analysis, and is drawn from more than 10,000 brands.