U.S. Patent and Trademark Office’s Examining Attorney Lee-Anne Berns has refused Apple’s “iPad mini” trademark application, saying that IP Application Development and Marc Angell have also applied for the “iPad” trademark and therefore there’s a “likelihood of confusion between these marks”, reports Patently Apple. However, since Apple already owns the “iPad” trademark, it remains unclear why would there be a confusion, if any. 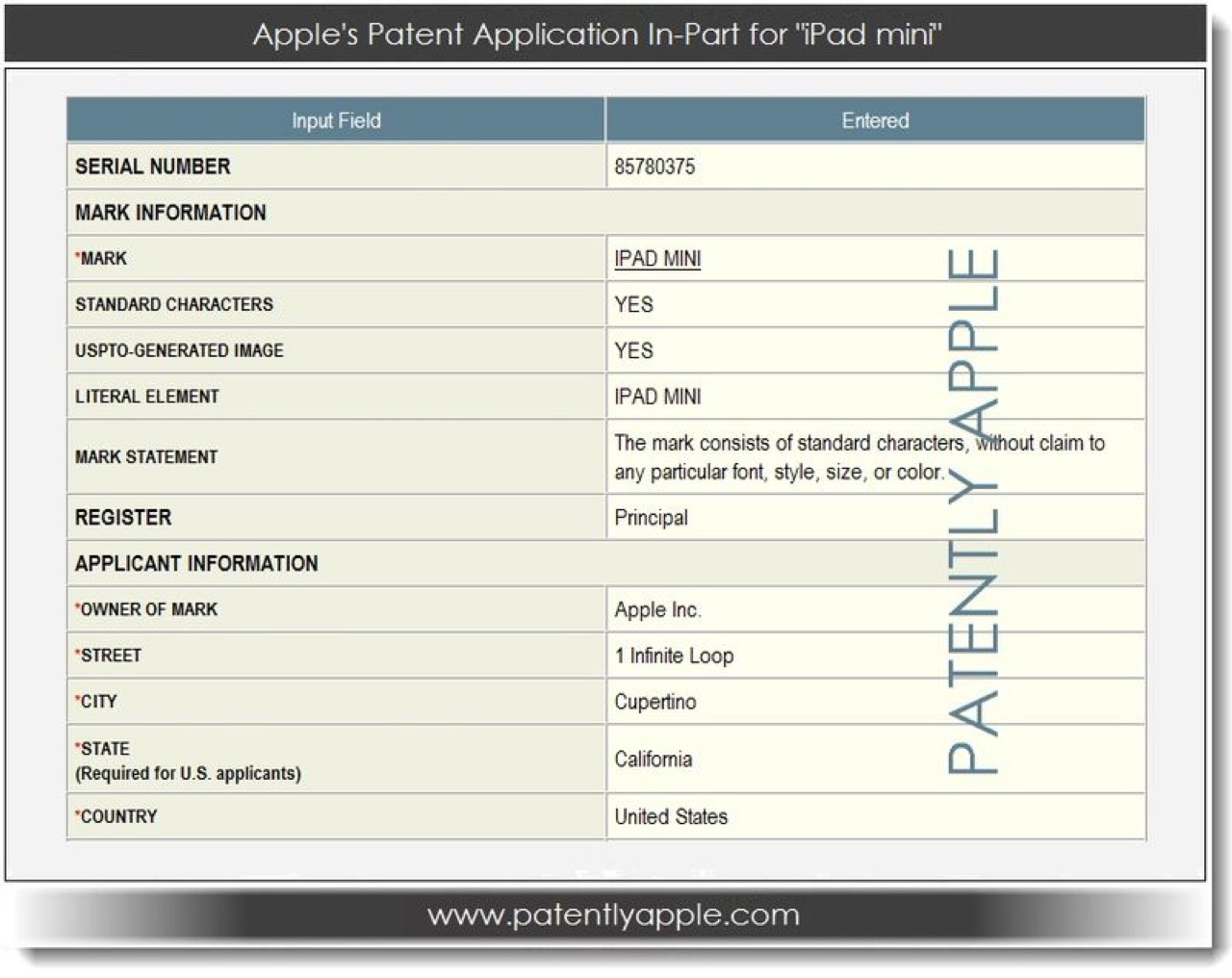 Apple was granted the iPad trademark in U.S. back in 2010, which it acquired from Fujitsu. Last year, the company also secured the same trademark in China following a court settlement. But now, USPTO has oddly refused the company’s request for “iPad mini” trademark. The source reports that the aggressive trademark examiner is claiming that Apple’s specimen for the “iPad mini” filing isn’t valid (shown above). The refusal was originally sent to Apple in January, but made public in the last day or two.

Despite the above refusal notice, Patently Apple notes that Apple can still save the trademark with some changes made to it.