According to a new patent application published by the U.S. Patent and Trademark Office, Apple seems to be interested in developing a versatile magnetic iPad stand that would mount it securely in any direction, including “upside down in a moving car”, reports AppleInsider. The filing indicates that a magnetic cup like stand would hold a portion of the iPad in place.

One of the illustrations reflects the strength of stand’s proposed magnets. It shows an iPad is hanging from the roof of a car, allowing for easy viewing by all passengers of the vehicle. Another concept includes a mount atop a treadmill, which would allow a user to temporarily secure their iPad in place for watching content while exercising.

Illustrations that accompany the filing show a socket that one side of the iPad could be slid into. This stand would include strong magnets that would be able to latch on to the device and securely hold it in place.

In one example, the iPad is held in a versatile tripod with short legs, something that could be used for watching footage or even filming with the device’s rear camera. In another concept, the magnetic slot sits atop a music stand, easily displaying notes for a musician to read. 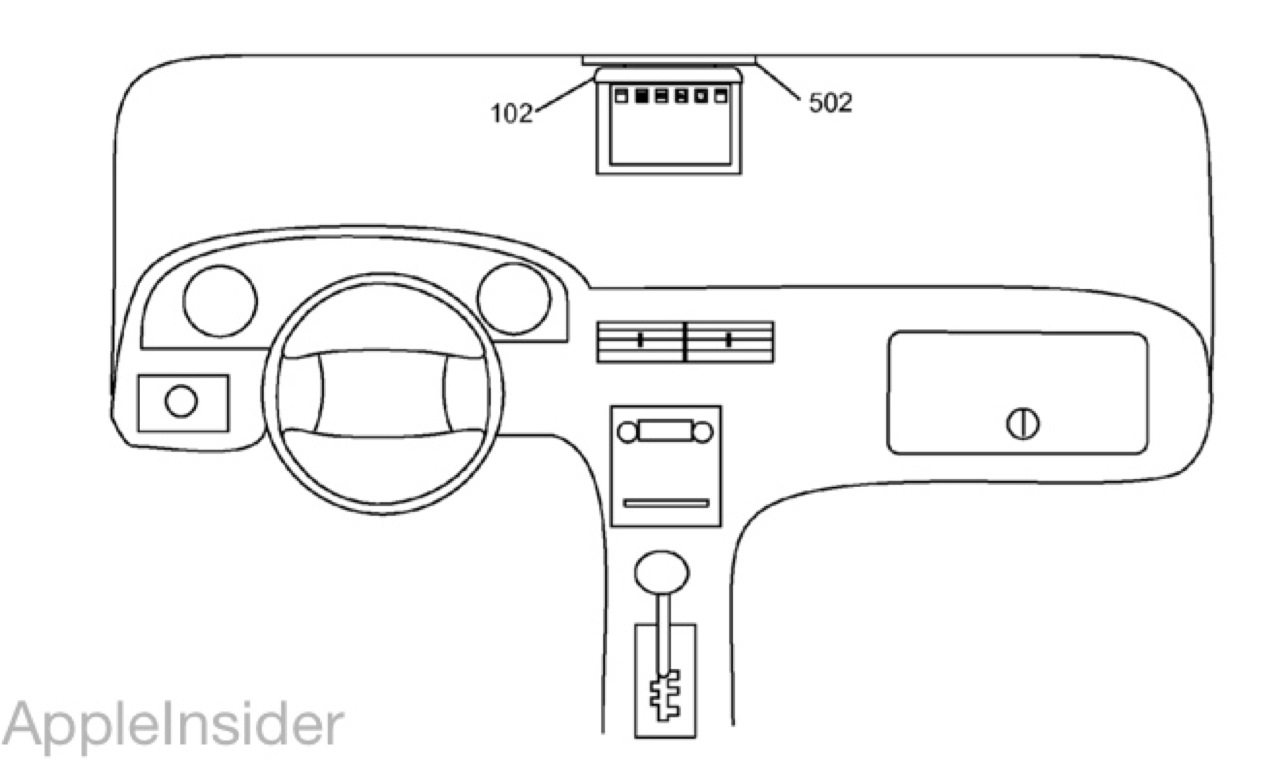 The original filing was submitted by Apple in August of 2011.