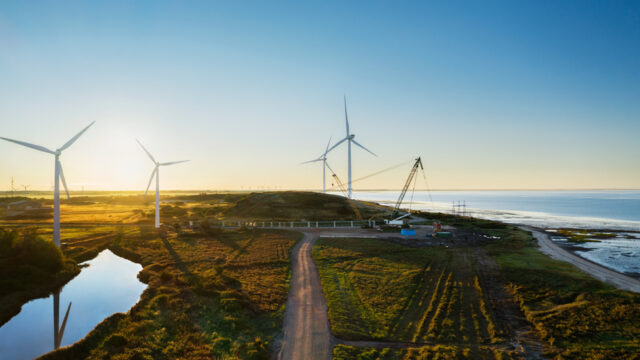 In a press release, Apple announced its next move into becoming 100% carbon neutral. The company details that outside of the Danish town of Esbjerg, the wind turbine facility will be located. 200-meter-tall turbines are expected to produce “62-gigawatt hours each year”. These turbines are expected to produce enough to “power almost 20,000 homes”. The turbine power produced at the Esbjerg facility will also power Apple’s Viborg data center “with all surplus energy going into the Danish grid”.

“Combatting climate change demands urgent action and global partnership — and the Viborg data center is powerful proof that we can rise to this generational challenge,” said Lisa Jackson, Apple’s vice president of Environment, Policy and Social Initiatives. “Investments in clean energy deliver breakthrough innovations that bring clean energy and good jobs to businesses and local communities. This is an area where we have to lead — for the sake of our planet and future generations.”

In October 2015, Apple began a program to assist its suppliers to reduce their energy use. Since launch, 72 manufacturing partners in 17 different countries have committed to renewable energy. Once all committed projects are completed, Apple suppliers will reduce annual CO2e by 14.3 million metric tons.