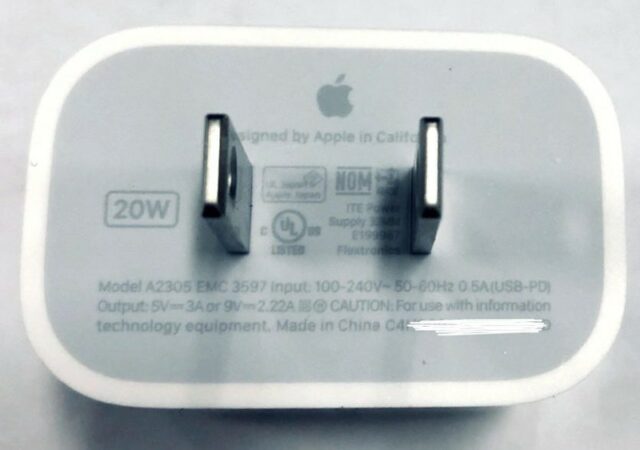 Apple may plan to ship the iPhone 12 with a 20 W USB-C adapter, according to an online leaker.

As reported by 9to5Mac, leaker @laobaiTD posted two different photos on Twitter, pointing to a 20 W USB-C adapter being shipped alongside this year’s iPhone.

New iPhone 12 will Be Equipped with 20W Power Adapter pic.twitter.com/FBJxlJXyYW

Currently, the iPhone 11 Pro comes with an 18 W USB-C adapter, while all others in the iPhone 11 family only come with a 5 W adapter. It’s been widely rumoured that Apple plans to release four new devices under the iPhone 12 umbrella. The four models include a 5.4-inch, two 6.1-inch devices, and a 6.7-inch device likely considered the ‘Max’ of the iPhone 12s.

It’s also worth noting that leaks have indicated that one of the 6.1-inch models and the 6.7-inch device will include a three-camera array and a LiDAR scanner. These two are likely to be considered the ‘Pro’ models of the iPhone 12 line.

User @laobaiTD’s leaked photos may indicate that Apple plans to once again ship the two ‘Pro’ models with an improved power adapter. What that means for the remaining two devices is still unclear. The leaker’s caption posted along with the photos are rather nebulous in that it doesn’t specify which devices will include the adapter.

We likely won’t know for certain until Apple officially announces the iPhone 12 later this year.