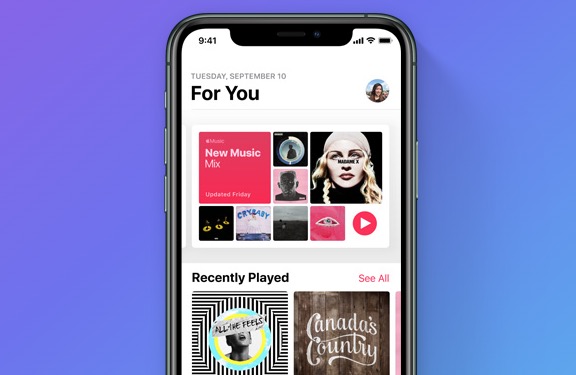 Apple’s global senior director of music publishing, Elena Segal, recently spoke with UK MP’s, alongside Spotify and Amazon representatives to discuss streaming economics. It was here that Segal told the MP’s that Apple will not be introducing a free tier of Apple Music in order to effectively ensure royalties continue to flow to the respective artists.

This week, Apple, Spotify, and Amazon discussed content streaming and fielded questions from the DCMS (Digital, Culture, Media, and Sport) committee of UK MPs. In a report from Musically, Segal was given a few questions regarding Apple’s views on the streaming model as well as royalties and competing against YouTube.

When asked on whether streaming is considered a rental or a sale as far as royalties were concerned, Segal responded by saying:

“I see it as a licence. We have a right, we have licences that entitle us to sub-license to consumers… and that’s always been true with music,” she said, noting that the model applied to downloads in the iTunes era, but even to CDs.

“It was a piece of plastic and you were purchasing a licence to use the music on that piece of plastic in certain ways… It was the sale of a licence, I would say. This [streaming] is a subscription to a licence. I would say it’s more akin to a rental. I’m not going to comment on legal connotations of that.”

When speaking on the topic of royalties, Segal told the MPs present that Apple has “gone further than anyone else in trying to ensure money flow” to the artists responsible for the content available.

“We’ve worked really hard to push people to work with us on processes that enable money flows as best as possible from us on the composition side. For example from us to collecting societies to songwriters. We’ve done that because we don’t want to hold on to the money. We want the money to get to the people it’s supposed to get to.”

YouTube’s access to music and other pieces of content is not always tied to the platform possessing the licences for all the music available. Segal told the committee that the amount YouTube does pay for is less than other streaming services. Segal also noted that “more people would probably be using Apple Music” in a world where YouTube did not exist. At the same time, Segal dismissed the idea of offering a free tier of Apple Music.

“We don’t think that an ad-supported service can generate enough revenue to support a healthy overall ecosystem. And it would also really go against our fundamental values on privacy.”

Lastly, Segal answered a question regarding Apple’s stance of negotiating with a label to offer a larger sum of money, leaving publishers with a lesser amount by comparison.

“It’s certainly not the way we’ve ever set things up. We’ve never gone ‘hey labels, how much do you want?’ and whatever’s left goes to the publishers,” said Segal. “From our point, publishing is just as important. We negotiate them separately… We’re generally negotiating with completely different people.”