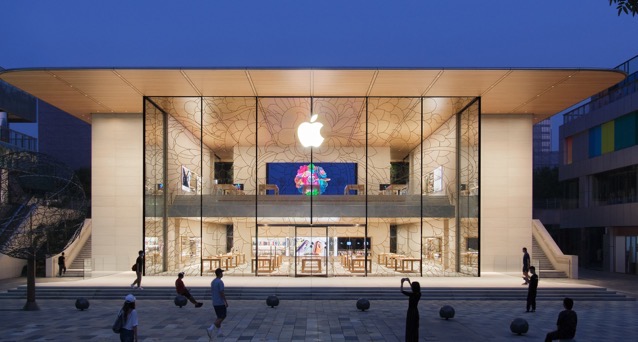 Apple is determined to continue expanding its hold on physical retail by opening additional Apple Stores around the world. This decision comes despite the company seeing growth in online sales during the COVID-19 pandemic.

The company has 511 physical retail locations spread across the globe. 100 of those are located across Europe, including the latest Via del Corso store which opened in Rome. As inner cities struggle with the accelerated shift to online sales, Apple is focusing on opening additional retail stores. According to Bloomberg, Deirdre O’Brien, Apple’s senior vice president of retail and people confirmed the news with Germany’s Funke Mediengruppe.

“On our online site people can learn a lot about the products; in a store they can touch them and get a feel for them,” O’Brien said to Funke Mediengruppe. “We intend to add more stores.”
O’Brien did not expand on this by indicating whether or not Apple intended to focus its expansion on a sole region of the world or how it would choose the locations of the next retail locations. Given that nearly a fifth of the company’s physical retail stores are located in Europe, the company seems to have an affinity for that area of the world. The new Via del Corso store just opened and Apple is in the process of opening the doors on its second store in Berlin.
Additionally, Bloomberg notes that Apple announced that it would be investing 1 billion euros in Munich. The investment would be towards a center for computer chip design. O’Brien states that this investment would “undoubtedly” add to expansion.