Apple has been granted two new patents for its unannounced electric car. Under the codename ‘Project Titan’, Apple has obtained a patent for climate control and an enhanced vehicle situational awareness alert system in its vehicle.

Before closing out the year, Patently Apple has reported that Apple has successfully won two new patents for its electric car. The first is an advanced climate control system for controlling interior conditions within various regions within the cabin. The second is an enhanced vehicle situational awareness alert system, a system in which the car is able to obtain situational awareness to nearby vehicles and obstructions and relay that information to the driver. 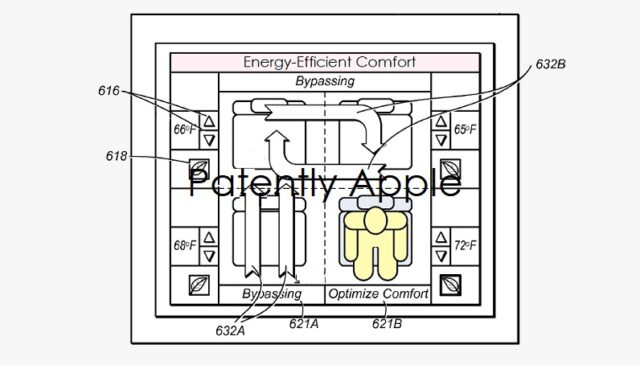 Patently Apple points out that the patent for the climate control system was first discovered in 2017 before being published in 2018. This year, Apple was granted the patent. As described, the climate control system can determine optimal comfort levels within one or more cabin regions within the vehicle. It can then optimize temperatures based on the temperatures of occupants’ body, airflow, and humidity.

An onboard camera can monitor the temperatures of one or more occupants, where internal sensors will then communicate to the climate control system. Additional sensors can also monitor exterior wind conditions, humidity, and solar radiance on a window. This information can also be relayed to the control system to make appropriate adjustments.

The enhanced vehicle situational awareness alert system patent describes the system as being a way for the vehicle to relay pertinent information to the driver when in motion. The system can obtain information such as nearby vehicles and notify the driver via alerts. 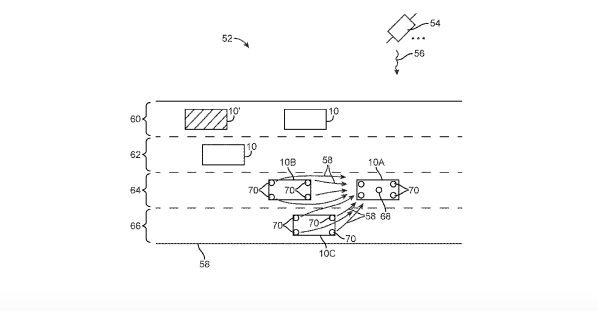 What makes this particular system a bit more unique is that multiple facets of the car will interact with one another to alert the driver. For instance, sensors around the vehicle can recognize when another vehicle is nearby. It can then alert the driver via a display screen. Alerts can also be displayed on a screen to show emergency vehicles are nearby, notifying the driver that the vehicle should pull over.

The full patent document can be viewed for additional details.