Days after Apple’s announcement created confusion in the tech world and among investors, the picture looks much clearer: after Bob Mansfield’s brief retirement, Tim Cook reaffirmed Mansfield’s position at Apple. 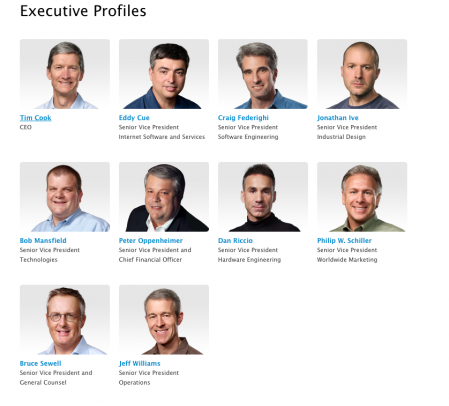 According to Fast Company, Bob Mansfield is the person we should keep an eye on. He is the senior vice president of Technologies, just months after he came back to Apple to hold a fuzzy position. Advisor for Dan Riccio? Who believes this, when Mansfield lead some of the company’s most challenging engineering projects. When he came back to Apple he also received a position named “Help with future products”. This is just blurry enough to raise questions.

But along with the management shuffle the curtain has opened and now Bob Mansfield leads one of the key roles of the Cupertino company. He is head of Technologies and is responsible for looking after key parts of how the products function.

“Mansfield’s new group combines all of our wireless teams across the company in one organization, allowing us to innovate in this area at an even higher level. This organization will also include all of our semiconductor teams, who have some very ambitious plans.”

Even Steve Dowling, Apple’s director of corporate communication believes that Mansfield is positioned at the same level as Ive, Eddy and Craig Federighi in the new company structure.

“He’s right there on the executive team…They’re all senior vice presidents.”

“The new group described in the press release is going to oversee all of the wireless technologies and then all of the semiconductors.”

An interesting fact to note here is that while Dan Riccio took over Mansfield’s old role, he now controls chips and networking, the future of some of the highly critical hardware inside Apple’s products.

Even Tim Cook highlighted that the semiconductor team has big plans, which if we speculate a bit with the help of Kit Eaton, makes us consider rumors suggesting that Apple is severing its dependence on innovation in chip-makers like Intel or other partners. Just consider the A6 chip found in the iPhone 5: it is Apple’s first SoC to use its own ARMv7 based processor design.

And Mansfield will also be responsible for the wireless team, which includes 4G, 4G LTE, Wi-Fi, Bluetooth and even NFC.

So, if we consider once again Tim Cook’s decision to rearrange the executive management picture: the CEO has decided to bring the technology behind Apple’s products (chip design and networking) on the same level as Jon Ive’s design. From this perspective the future for Apple is very bright.

December 1st marks World AIDS Day and Apple is continuing to support Global Fund in its worldwide fight to stop AIDS. In doing so, Apple Stores around the world are promoting (PRODUCT)RED displays and products. Additionally, Apple is promoting apps, videos, and other materials on its products to help increase visibility. Since 2006, Apple has...
Steve Vegvari
14 hours ago