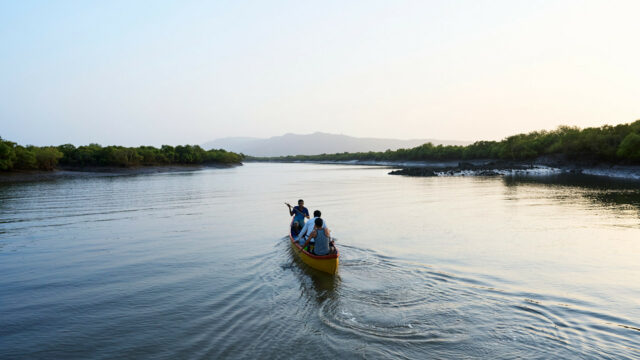 Apple has awarded Applied Environmental Research Foundation (AERF) a grant to assist in the preservation and protection of coastal mangroves in India.

The company announced its initiative to help support mangrove conservation as a part of Earth Day. As Apple explains AERF is exploring said mangroves on India’s coast with plans of “creating alternative, sustainable industries in the local communities that cultivate and benefit from the biodiversity and resilience of the mangrove ecosystems.”

60 miles south of Mumbai, the Alibaug in India’s Raigad district can be found. Although the town supports 20,000 people, it’s the nearby 21,000 hectares of mangrove forests that are quite notable. Mangroves are quite an asset in protecting against climate change. The roots of the mangroves are strong enough to create barriers against the elements like rising tides, monsoons, hurricanes, and tsunamis. The trees are also able to absorb CO2.

“The fight against climate change is a fight for the communities around the world whose lives and livelihoods are most threatened by the crisis, and that’s where we’ve focused our work — from Colombia to Kenya to the Philippines,” says Lisa Jackson, Apple’s vice president of Environment, Policy, and Social Initiatives. “Our new partnership in India continues this momentum, helping a community benefit economically from the restoration of the mangrove forests that protect against the worst impacts of climate change.”

Mangroves are being threatened by local farming, fishing, and logging. The grant Apple awarded AERF is made in hopes that protection and relief can be made to the Indian coast.

Apple also took the time to spotlight some of the townships residing in the Alibaug region village. AERF is said to be utilizing their expertise and experience to help protect the mangroves.