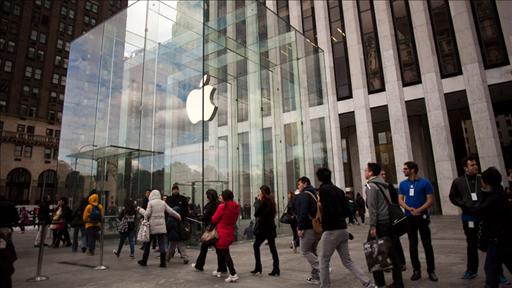 According to The Wall Street Journal, Apple is selling $17 billion of bonds, a record amount for a U.S. investment-grade corporate offering. Investors familiar with the deal have revealed that the offering has generated more than $50 billion in new orders.

The report notes that Apple is sitting on well north of $100 billion in cash, and it’s one of five companies that hold roughly 25% of the combined free cash in the S&P 500, but it still tapped credit markets to help fund its dividend and buyback program. While an Apple spokesman has declined to make any official comment on the specifics, he said that the company wants to return $100 billion to shareholders by the end of 2015 and is issuing debt to help fund that plan.

Apple has a huge cash stockpile, but much of that cash is overseas. Raising money in the debt market would help Apple avoid the big tax bill that would come from bringing the cash back to the U.S., executives said last week.

The largest investment-grade corporate-bond deal previously sold in the U.S. was a $16.5 billion offering in February 2009 from Roche Holdings Inc. ROG.VX -0.60% The second largest was a $14.7 billion deal in November 2012 from AbbVie Inc., ABBV +1.59% according to data provider Dealogic.

Some investors, however, have said they are likely to pass on the Apple offering, believing it to be overcrowded.