According to Quartz’s sources, Apple’s effort to return more cash to investors will materialize in additional dividends or a share buyback program, with the move coming this spring.

Seems that despite Tim Cook calling the Einhorn lawsuit a “silly sideshow”, the hedge fund manager’s complaint has had the desired results: Some of the cited sources say Apple increased the size of its initial plan – which was in the works before Einhorn publicized his complaint. 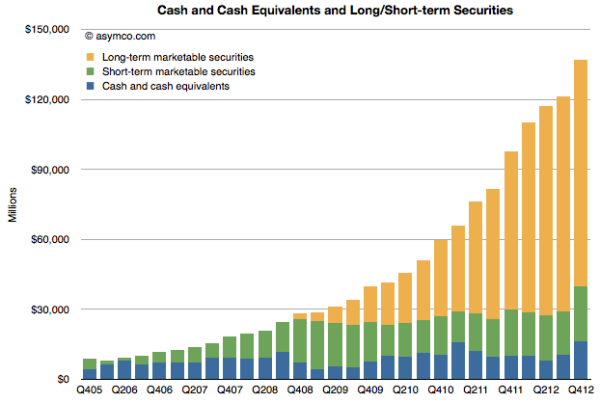 According to the press release issued a year ago, Apple’s plan was to initiate a quarterly dividend of $2.65 per share and a $10 billion share repurchase program projected to cost the company $45 billion over three years.

Apple’s new plan to return more cash comes on top of the aforementioned program, Quartz’s sources said, although it is unclear how much cash Apple will return to investors at this moment.

Interestingly, the Quartz report suggests that the unveiling of the new cash distribution plan could come alongside upgrades to the iPhone and/or iPad mini.

The Apple TV+ original series Shrinking is now available to stream in Canada. Jason Segel and Harrison Ford star in a comedic drama series centred around a therapist that decided to approach his role in a new way by taking the filter off and giving unbridled honesty and advice. Shrinking stars Segel as James Lair,...
Steve Vegvari
23 hours ago