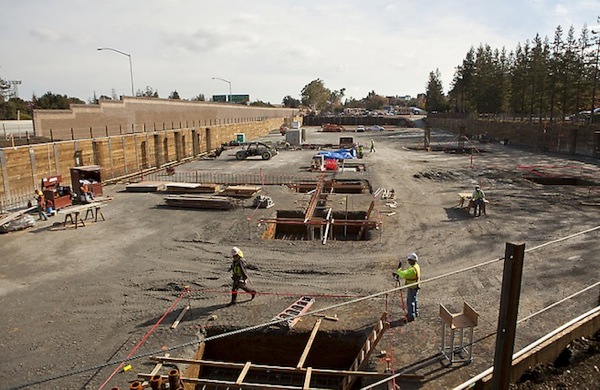 According to a report by the Mercury News, Apple has started construction on its new Santa Clara campus for its expanding employee base. The new site, southwest of Apple’s existing headquarters in Cupertino will house up to 1,200 employees:

Cupertino-based Apple has struck a deal with developer Peery Arrillaga for a custom-tailored two-building campus that is under construction on the north side of Stevens Creek Boulevard in Santa Clara a short distance from the Cupertino city limits.

Sources tell the Mercury News Apple has leased roughly 296,000 square feet from developer Peery Arrillaga, in a deal that includes the demolition of the former on-site buildings. 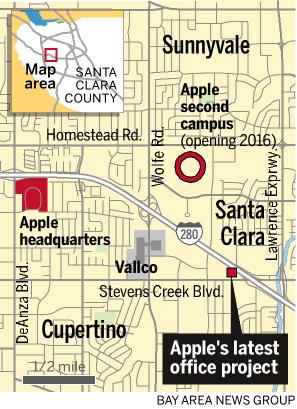 Ruth Shikada, Santa Clara’s economic development officer says both buildings will be six stories high. The first building under construction is set to be 108,000 square feet and expected for completion by mid-2014. People familiar with the lease deal note Apple wanted short terms in the 3-5 year range at its numerous expansion sites throughout Sunnyvale, but now has signed 7-10 year leases.

Questions remain whether these new buildings will hold existing employees once construction begins for the Apple Campus 2 project, which was recently delayed until 2016.