Apple to Begin Mass Production of iPhone 12 in Mid-September 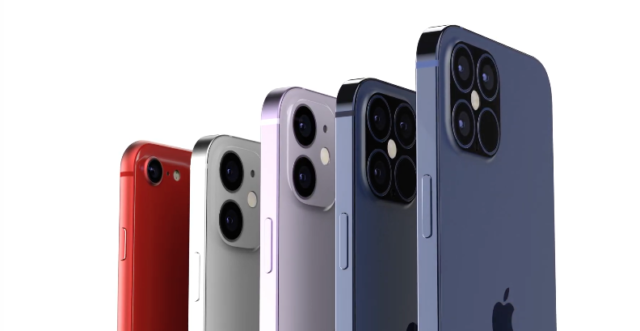 Apple will begin its mass production phase for the upcoming iPhone 12 in mid-September. Manufacturing will begin on a limited scale, ramping up in the coming weeks. The company is said to be narrowing its production delay but is still behind its typical schedule of beginning production in August.

This fall, four iPhone models are expected to ship. Apple has been rumoured to be developing an entry-level 5.4-inch model, two 6.1-inch devices, and a premium 6.7-inch iPhone. Nikkei reports that production will begin with the lower-priced 6.1-inch iPhone. The device is said to have an OLED screen and dual rear cameras. The suite of iPhone is also said to have 5G connectivity, including the 6.1-inch device.

Initially, Apple had an aggressive component order for 80 million devices. However, as Nikkei‘s sources have said, 2020’s production numbers may fall in the area of 73 to 74 million due to production constraints. The remaining six to seven million would then be deferred to 2021. 40 percent of the production orders have been placed for the cheaper 6.1-inch iPhone.

Additionally, it has been said that Apple’s ‘Airtag’ has hit production. The wireless tracking device has been rumoured to be in development for quite some time. Sources have said that Apple’s Tile-like device, which can be attached to keys, wallets, etc., will be introduced alongside the iPhone 12 and Apple Watch Series 6 during the upcoming Apple event.

Finally, it’s been reported that Apple does not currently have any plans to introduce a new iPhone SE in 2021. While it was speculated whether Apple would continue to innovate on its low-barrier-to-entry phone, the 2020 model may be the only one available for the foreseeable future.

Apple has yet to confirm when its Apple event will take place. Insiders have noted that an official release may come this week. However, as of writing, the company has not divulged any information on the date or timing of the event.