Back in 1980, Apple sponsored a Porsche to race in the 24 Hours of Le Mans sports car endurance race. The Apple sponsored “killer car” driven by some of the legends of the sport however failed, and the team was forced to withdraw from the race with 13 hours to spare, as detailed by The Apple Lounge in an interesting article that pieces together the history of Apple’s sponsorship, transforming a Porsche into an ‘iCar’ (via Cult Of Mac). 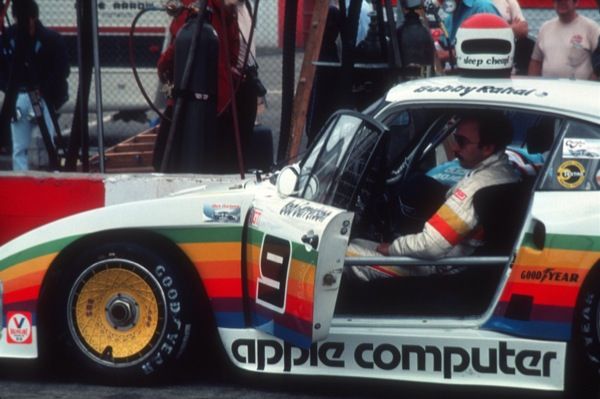 Though Apple CEO and co-founder Steve Jobs was a big Mercedes fan, he was a Porsche man back in the 80’s. The article notes that he actually gave a Porsche as an award to the salesman who sold the most Macs in the United States. The car that was sponsored by Apple was a Porsche 935 K3, which boasted an 800 horsepower, 6-cylinder, twin-charged boxer engine. Driving the car were Allan Moffat, Bobby Rahal and Bob Garretson as part of Dick Barbour’s racing team.

How could the first iCar fail?

Yet fail it did. Spectacularly. Dick Barbour’s team was forced to withdraw from the 24 hour race with 13 hours to spare, due to a melted piston. It raced a couple more times, but it never did particularly well, coming in 7th place and 3rd place in its next two races.

Yet the iCar lives on, in a manner that Apple is no doubt intimately familiar with these days: the Apple Porsche has its own third-party knockoff, which apparently still races in European revival circuits.

The car makes an appearance in the video embedded below. Check it out!

As part of its continuing production diversification initiative, Apple has ordered for a portion of its AirPods and Beats headphones to be manufactured in India. Apple has begun to double down on manufacturing its devices in India. As a way to lower its dependence on China, Apple has made an order to its suppliers to...
Steve Vegvari
5 hours ago