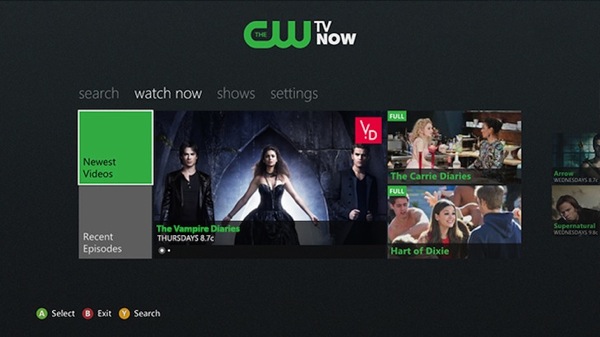 According to Deadline, Apple has struck a deal to stream content from The CW to the Apple TV in the USA, as CW President Mark Pedowitz says “this year we’re reaching more viewers on more platforms.” The CW told MacRumors the deal will bring an app to the Apple TV’s home screen and function like the existing Xbox and mobile CW apps:

It’s a dedicated CW app that will work like our Xbox and mobile and tablet apps – no cable authentication required, full episodes of our shows available next day after air, ad-supported.

This is a pretty significant achievement for bringing shows to the Apple TV as consumers will be able see shows the next day, albeit with ads. There is no word whether Canadian Apple TV users can expect to see our TV networks launch a similar deal. Currently there are existing iPhone and iPad apps to stream ad supported shows from networks like the CBC, CityTV, Global and CTV, with most apps including AirPlay functionality to stream to the Apple TV.