Apple has been awarded a patent for a convertible MacBook design by the U.S. Patent and Trademark Office, that shows a a touch-sensitive screen which can be separated from the base, notes TechCrunch. Even though the design looks familiar to the ones available from many Windows device makers and some older Android tablets with a detachable keyboard, the screen in Apple’s version communicates with the base wirelessly. 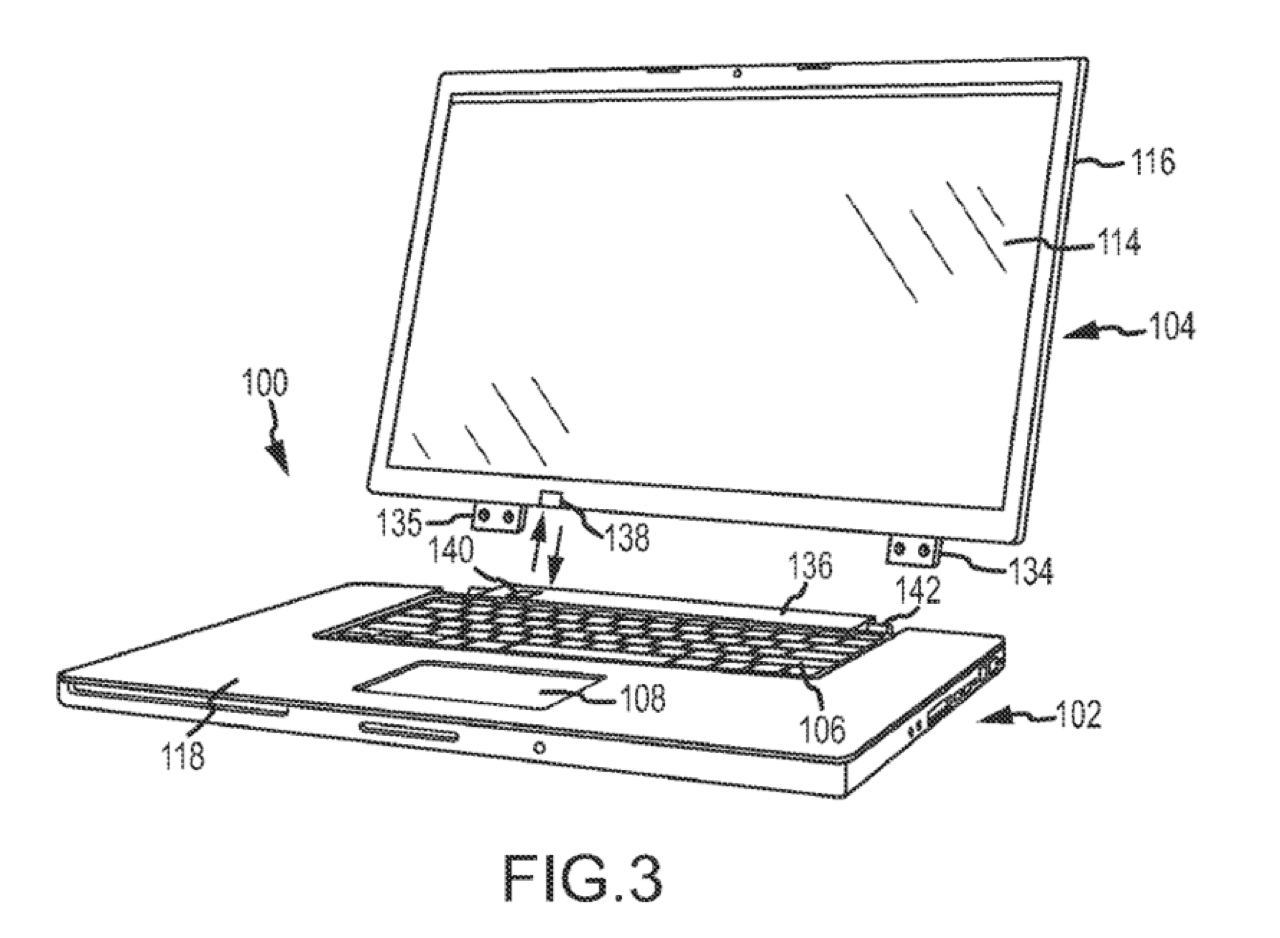 Apple’s convertible MacBook design shows a screen that detaches from the keyboard and body portion, and it communicates with the body using Wi-Fi, Bluetooth and other wireless communication protocols. This suggests that all the serious computing work will still be handled by the traditionally located GPU and CPU. Also, the screen is touch-sensitive, though it doesn’t work as a standalone tablet as seen in some new Windows device designs.

“The screen also can charge wirelessly via the same kind of tech used in induction charging, drawing power from the base. What Apple describes here isn’t so much a convertible tablet, but more of a MacBook with a screen that solves the clumsy issue of how to use touch effectively on a notebook by allowing it to temporarily come off the base for more ergonomic touch-based interaction”.

Looks like Apple has finally found a way around its previous belief that touch doesn’t work effectively on a traditional computer form factor.

Apple recently launched its iPhone 14 series of devices, introducing the new 'Plus' model to the fold. The 6.7-inch device joined the standard iPhone 14 as part of the entry-level offering. However, prior to its official reveal, the iPhone 14 Plus looks to have been called the 'iPhone 14 Max.' According to Dutch blog iCreate (via...
Steve Vegvari
19 hours ago