Apple’s Stock Price Will Bounce Back With A Surprise, Says Wozniak

Steve Wozniak, co-founder of Apple with Steve Jobs, has said that Apple’s current share price may be “disappointing” but he’s confident that the Cupertino giant will come out with products which would “surprise and shock us all” and the company’s stock price will eventually bounce back. Having previously broken the $700 barrier, Apple stock (AAPL) dipped below the $400 mark a couple of days back, the lowest intraday price ever since December 2011. 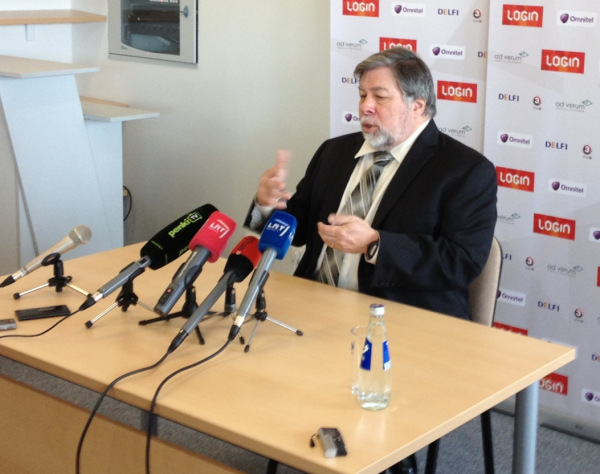 While speaking at the Login technology conference in Vilnius, Lithuania, Woz said that Apple’s current stock price is very disappointing because looking at the amount of cash that Apples holds, that cash translates to one to two hundred dollars per share of stock just in cash form. However, he added that the profits of the whole industry are still with Apple and “profits are all that really matter in the long run”. According to Woz, Apple is very well prepared and working on new things that are going to “surprise and shock us all”.

“[Apple’s]stock price is a little low right now. Over time I’ve seen Apple go up or down 2x over a few months. It’s very disappointing […]

Apple’s business model tends to be new products, even products that didn’t exist before and doing well out of them and not re-making the same thing, as eventually that just gets a little bit stale. So I would guess that Apple is very well prepared, and working on new things that are going to surprise and shock us all. And I honestly don’t know [what].”

Woz also reminisced about his time with Steve Jobs and hacking together hardware projects for friends.

“The iPhone 5 is one of the hottest products today. Back then, the HP35 hand-held calculator was the iPhone 5 of its day.”