For the first time in the history of Galaxy S products, the South Korean company launches the Galaxy S4 on Apple’s home ground. The device was rumoured to include a couple wow-features such as eye-scroll technology, tracking eye movements allowing the user to scroll through articles based on where it is looking on the screen. But Bloomberg cools down the rumours, saying this technology won’t make it to the Galaxy S4. 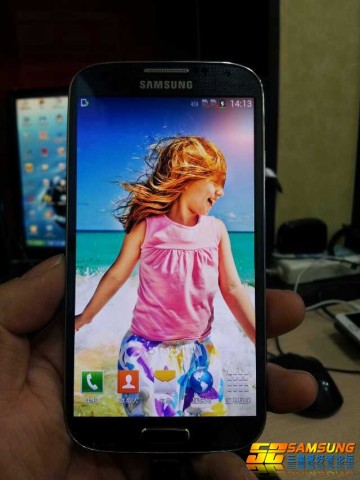 Launching its next flagship device tomorrow at Radio City Music Hall is Samsung’s declaration of war on Apple’s home ground, the market on which the Cupertino company maintain a strong grip. According to a recent market study, the growth rate of Android users in the US is minimal compared to outside the country, while the sales of iPhones are growing steadily, pushing Apple to the top of the US mobile market.

Samsung is about to challenge this position. It has already made some pivotal moves with more focus and increased spending on phone advertising in the country, and now continues by targeting the core iPhone market with the Galaxy S4 launch.

The wow-factor included in the Galaxy S4 is rumoured to be the eye-scrolling technology, as reported by The New York Times’ sources. Bloomberg, however, has new details, and this doesn’t bring good news for future S4 owners betting on the advanced technology. According to Bloomberg’s sources, the S4 will use a more simplified eye-tracking technology, like the ability to pause videos when the user’s eye moves away from the screen. But the advanced version of the eye-scrolling technology will appear in future version of the device.