Apple has announced the promotion of Craig Federighi and Dan Riccio to senior vice presidents, to join the executive management team at Apple, reporting to CEO Tim Cook. Moreover, Bob Mansfield was noted to remain at Apple even though he ‘announced’ his retirement in June. 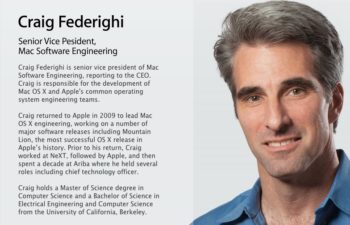 As senior vice president of Mac Software Engineering, Federighi will continue to be responsible for the development of Mac OS® X and Apple’s common operating system engineering teams. Federighi worked at NeXT, followed by Apple, and then spent a decade at Ariba where he held several roles including vice president of Internet Services and chief technology officer. He returned to Apple in 2009 to lead Mac OS X engineering. Federighi holds a Master of Science degree in Computer Science and a Bachelor of Science in Electrical Engineering and Computer Science from the University of California, Berkeley. 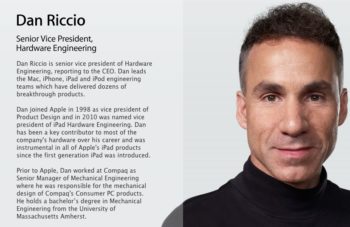 Riccio, as senior vice president of Hardware Engineering, will lead the Mac®, iPhone®, iPad® and iPod® engineering teams. He has been instrumental in all of Apple’s iPad products since the first generation iPad. Riccio joined Apple in 1998 as vice president of Product Design and has been a key contributor to most of Apple’s hardware over his career. Dan earned a bachelor’s degree in Mechanical Engineering from the University of Massachusetts Amherst in 1986.

Apple’s executive bios profile page should be updated any minute, or sometime soon to reflect these new changes. There are two convenient spots waiting for them: 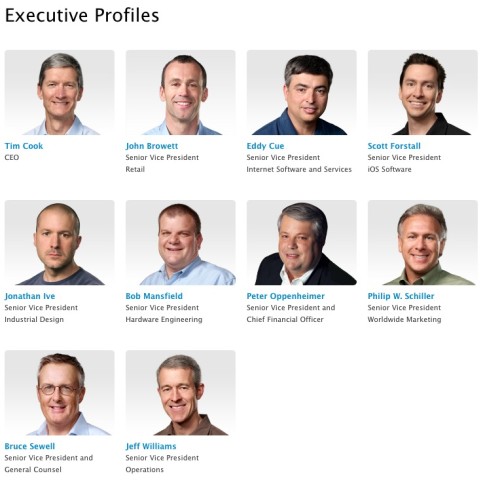 Looks like Tim Cook is making more moves at Apple as he has just surpassed his one year anniversary as the new CEO.

Update: …and there is the new change on the leadership page. Check it out below: 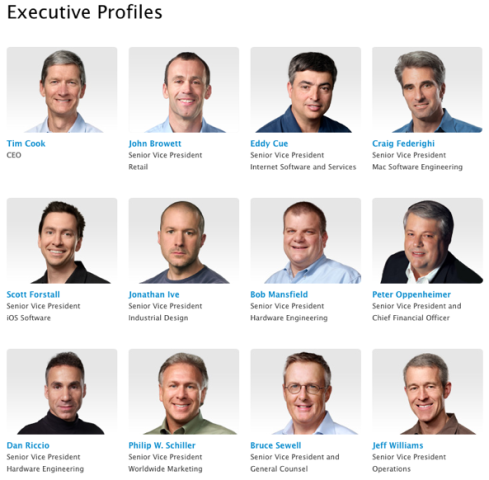 Apple CEO Tim Cook recently sat down for an interview with BBC. Throughout the interview, Cook addressed the topic of the lack of women in the tech industry. On top of that, the CEO discussed EarPods, as well as the expected impact AR may have in the coming years. While speaking with BBC, Cook made...
Steve Vegvari
11 hours ago