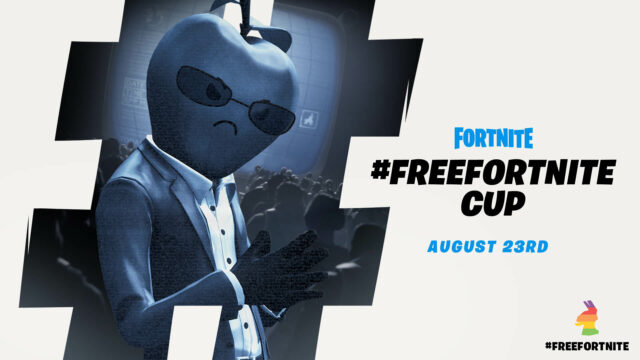 Fortnite Chapter 2 – Season 4 is set to begin on August 27th. The new season will likely bring the typical map changes, new skins, and much more. Unfortunately, this means that players currently playing on iOS will be unable to continue playing once the new update is available. As the ongoing dispute between Apple and Epic Games continues, Epic is holding a ‘#FreeFornite Cup’ tournament on August 23rd, one last hoorah with players across all platforms.

Epic announced the #FreeFortnite Cup through a blog post, which shared the news that since Fortnite was removed from the App Store, the Season 4 update will not be accessible to iOS players. Therefore, Epic is holding a “quest for one more Victory Royale with friends across all platforms”.

The tournament will be structured so that for four hours, players can play the battle royale and be awarded points for certain milestones. Players must compete as solos for a maximum of 12 matches during the four hour period. Players will be awarded one point for every three minutes they are active on the map. An additional point will be awarded for every elimination. Finally, 10 points will be given for each Victory Royale.

The #FreeFortnite Cup promises a ton of prizes will be awarded. Epic has teased that a new ‘Tart Tycoon’ skin, a reference to Apple in the ‘1984’ parody short Epic debuted, will be given to any player who is awarded 10 points during the tournament. The top 20,000 players with the most points across the globe will be awarded a physical #FreeFortnite hat. Additionally, 1,200 pieces of gaming hardware will also be awarded including Alienware Gaming Laptop, Samsung Galaxy Tab S7, OnePlus 8, PlayStation 4 Pro, Xbox One X, and Nintendo Switch.

Epic Games has also shared tips for iOS players to gain access to Fortnite after the move to Chapter 4. Epic recommends players log into their website and backup account information in case they choose to migrate to a different platform. The company also includes a list of alternative Fortnite-compatible devices. While Fortnite has also been removed from the Google Play Store, Epic provided resources for Android players to find alternative methods of playing Fortnite on Android devices such a downloading the game from the Samsung Galaxy Store.