As Wall Street reacts to Apple’s ‘disappointing’ Q1 2013 earnings, the stock price continues to drop. The market cap of Apple has now been overtaken by Exxon Mobil, which previously had its crown removed by Apple back in fall of 2011. 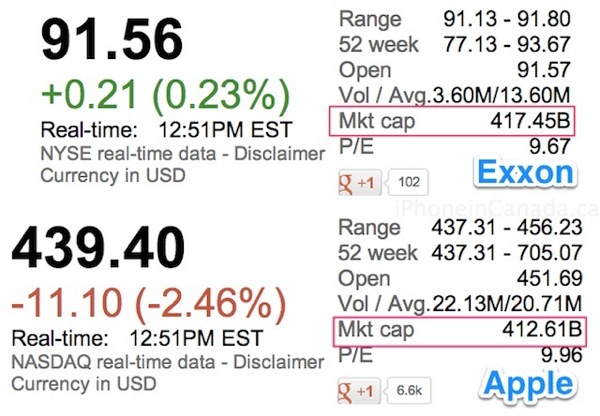 Exxon, as of writing has $417.45 billion in market cap compared to Apple’s $412.61 billion. The companies traded titles of the most valuable company back and forth in August of 2011. As Apple’s stock price continues to fluctuate, expect the titles to go back and forth between both companies again.