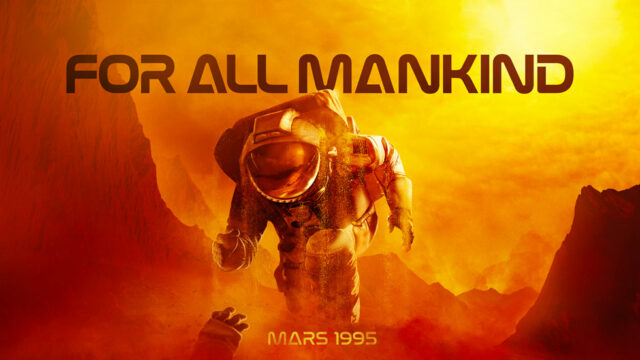 Today, For All Mankind Season 3 premieres on Apple TV+. The first episode of the new season is now available to stream in Canada.

The third season of For All Mankind transports audiences to the early 1990s. In a bid to reach a new milestone in exploration, the Space Race targets Mars. The series’ third season once again shows the trials and tribulations of the US trying to outpace the Soviet Union in this alternate history tale. However, it’s teased that a new entrant in the Space Race raises the stakes for those involved.

For All Mankind Season 3 sees the return of the ensemble cast including Joel Kinnaman, Shantel VanSanten, Jodi Balfour, Sonya Walger, Krys Marshall, Cynthy Wu, Casey Johnson, Coral Peña, and Wrenn Schmidt. This season introduces us to series regular Edi Gathegi, who plays Dev Ayesa. This character is described as a “charismatic visionary with his sights set on the stars.”

For All Mankind is created by Emmy Award winner Ronald D. Moore and Emmy Award nominees Matt Wolpert and Ben Nedivi.  Nedivi and Wolpert serve as showrunners and executive producers alongside Moore.