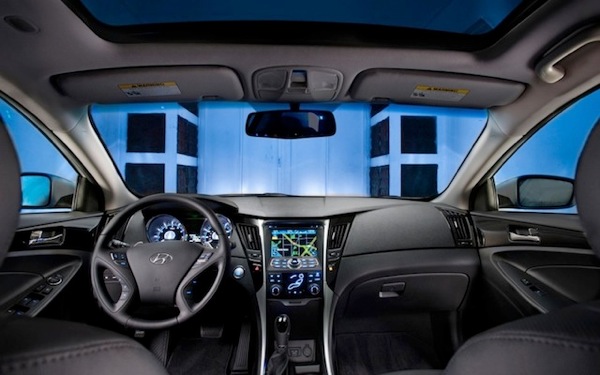 Hyundai is the latest automobile manufacturer to announce it will jump on Apple’s Siri technology and Eyes Free mode.

Eyes Free mode: Hyundai will integrate Siri, the intelligent assistant that helps drivers get things done just by asking, and the much-anticipated Eyes Free mode into its vehicles. Through the vehicle’s infotainment system, drivers with a compatible iPhone* running iOS 6 can direct Siri to perform a number of tasks while they safely keep their eyes on the road and their hands on the wheel. To further minimize distraction, Siri takes hands-free functionality even further with an Eyes Free mode which enables drivers to interact with their iPhone using nothing more than their voice while keeping the device’s screen from lighting
up.

Update: Mashable went hands-on with Siri’s Eyes Free integration in the new Chevy Spark EV. All you have to do is press the button on the steering wheel instead of touching your iPhone 4S/5. Siri also keeps you safe by not showing you any web pages or images when you are driving. Check it out below (Mashable’s Flash video):