Improved Retina Display For iPad Reportedly In The Works, Production May Begin Soon

Apple is planning to introduce an updated 9.7-inch Retina display for the iPad, addressing issues such as weight and improved LED backlighting among other enhancements according to a report by CNET . Market research firm NPD DisplaySearch has learned that Apple is aiming to make it considerably lighter than the first-generation Retina iPad, says the source. 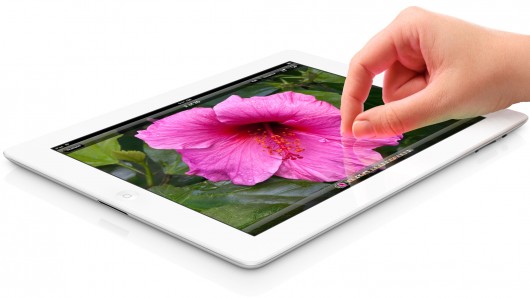 In a research note published by DisplaySearch last week, it was mentioned that Apple is working with the LCD supply chain to refresh the display, including revising the LED backlight design for cost reduction, refining the thermal solution, reducing the weight by replacing some components, and fine tuning the panel transmittance for lower power consumption.

“We are seeing [Apple] work with panel makers to come out with a display that enables a thinner overall [product] with longer battery life,” said Richard Shim, an analyst at DisplaySearch.

“Of course the supply chain is dynamic, but we’re seeing some early indications that this may be happening,” he added. Because of the vagaries of the supply chain — made up of manufacturers and suppliers — orders get canceled, plans get changed, sometimes on a monthly basis.

The founder, president, and CEO of DisplayMate Technologies Raymond Soneira, said earlier this year that a Retina display iPad in its current form was actually Plan B for Apple. Plan A was an iPad that didn’t have the additional heft.

“There’s no question that the iPad 3 is Plan B. They pushed amorphous silicon [display tech] to a higher [pixels per inch] than anybody else. But the light throughput is not good. So it has roughly twice as many LEDs, and they had to get a 70 percent larger battery,” Soneira said previously, referring to the Retina iPad.

Apple is also rumored to introduce an iPad Mini in October this year that will sport an 7.85-inch IPS display.

Following an extensive ordeal, the lockdown at Foxconn's 'iPhone City' Zhengzhou plant has now ended. Though, it's being reported that the disruptions in production are costing Apple an estimated $1 billion USD per week. Foxconn's Zhengzhou plant is Apple's largest iPhone manufacturing facility. In charge of producing the iPhone 14 Pro and iPhone 14 Pro...
Steve Vegvari
5 hours ago