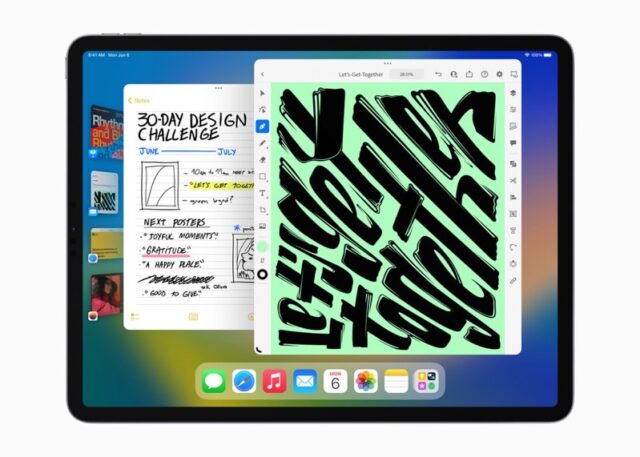 Apple’s Stage Manager feature has been quite the talk of the town since being featured during WWDC. The multitasking feature was revealed to be compatible with Pad Pro and iPad Air with an M1 chip and macOS. However, many users were disappointed that the feature was gated off from older iPads. However, code within iPadOS 16 hints that Apple may have a way to enable it on older devices.

In an investigation conducted by 9to5Mac, it was discovered that the iPadOS 16 code shows an internal mode for Stage Manager that Apple can use. This leads to the belief that Stage Manager could be enabled on older iPads. The code in question references an internal setting that enables “Chamois,” which is the code name for the feature. There is also a reference to “Legacy Devices.” Based on the findings, 9to5Mac believes that Apple could enable the feature on non-M1 iPads through the use of iPadOS 16.

In a recent interview, Apple’s Senior Vice President of Software Engineering, Craig Federighi discussed Stage Manager and why the feature is coming to M1 iPads. During the interview, Federighi explained that Stage Manager requires a ton of RAM and “extremely fast I/O virtual memory” in order to run properly. While noting at the time that the company can’t put the feature on any lesser system, he states “we would love to make it available everywhere we can. But this is what it requires.”

This isn’t at all to say that access to Stage Manager on a non-M1 iPad is guaranteed. Perhaps this code was implemented as a way to run effective tests internally. With the code found in iPadOS 16, a simple explanation could be that Apple engineers and developers are continuing to test the limitations of the feature.