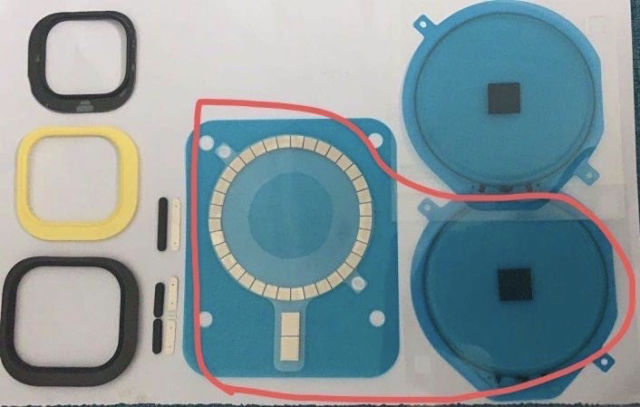 New images of what appears to be a circular magnet array for the iPhone 12 chassis has appeared online. Originating from Weibo, the alleged images may point to a sort of mounting feature the upcoming Apple device may have or could further point to wireless charging.

The images were spotted by EverythingApplePro, who shared the images on his Twitter account. The images depict a circular 36-magnet array, along with an image of what appears to be an iPhone 12 case with the same arrangement.

When asked why Apple would develop a magnet array for its new devices, EverythingApplePro responded by saying that it’s “potentially mounting or charging related.”

Potentially mounting or charging related, possibly even for a ‘snap in’ wireless charger solution.

There’s still no word on if and when Apple will release its own in-house wireless charging solution. Apple nixed its plans to develop its own wireless AirPower charger in 2019. Though, recent rumours suggest Apple may have gone back to the drawing board.

Last month, leaker Jon Prosser posted images of what was allegedly believed to be a new AirPower wireless charging mat. It was shown to be able to charge both the Apple Watch and AirPods, which the original AirPower was apparently unable to do.

Of course, where Apple may land on its own wireless charging solutions is still up in the air. Apple has shown that it is unwilling to release a wireless charger unless it gets the design and functionality just right. While we may have a good guess as to what the aforementioned images may point to, we’ll have to wait and see what the final design on the iPhone 12 will be in a month or so when the company finally reveals them.