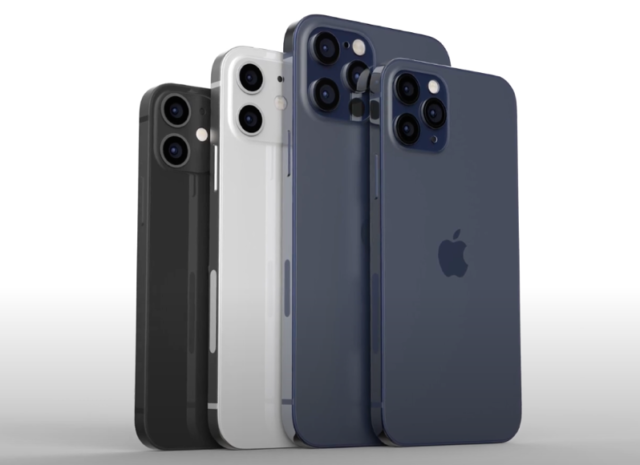 An extensive leak from a Chinese Weibo account has detailed the iPhone 12 lineup ahead of Apple’s digital event on October 13th. The leak went over pricing, releases date, and a few relevant specs including storage capacity.

A leaker who goes by the name Kang posted what is said to be accurate information regarding the iPhone 12 lineup. Images of the original post were taken and tweeted out by user @Universeice on Twitter.

Breaking! Probably the most comprehensive and accurate product information for the iPhone 12 conference so far, from Weibo @ kang pic.twitter.com/pn37QOTJyk

According to translations completed by MacRumors, details on the iPhone 12 lineup are as followed:

iPhone 12 Mini, which is considered to be the entry-level device, is expected to 5.4-inches in size. It will reportedly have a dual-lens camera and be available in black, white, red, blue, and green. Storage sizes include 64GB, 128GB, and 256GB, with the starting price set at $699 USD.

iPhone 12, the 6.1-inch device, will also have a dual-lens setup. It will apparently be offered in the same black, white, red, blue, and green colour varieties. Storage sizes also include 64GB, 128GB, and 256GB but will start at $799 USD.

iPhone 12 Pro, a more advanced 6.1-inch model, will have a triple-lens camera array with LiDAR, a wide-angle lens, and a telephoto lens. The iPhone 12 Pro will only be available in gold, silver, graphite, and blue models. Storage sizes start at 128GB and will also offer 256GB and 512GB. It will reportedly start at $999 USD.

Additionally, all phones are expected to have an OLED Super Retina XDR display and a sport the “Ceramic Shield” glass screen. Each of the models is also able to capture Dolby Vision video and HDR. All four iPhone 12 models are expected to offer 5G support while only the US models will support mmWave 5G.

That’s not all though, the leak has also detailed the preorder and release information relevant to each phone. Apple is expected to stagger the release of the iPhone 12 devices. According to the leak, the iPhone 12 and iPhone 12 Pro will be the first devices available. On either October 16th/17th, preorders will be available. Afterwards, those two will release on October 23rd/24th.

From the past, Kang’s information is very accurate, so I suggest you take it seriously.https://t.co/yuOU63uQME

Kang has been referred to as a reliable source of insider information. For official confirmation, Apple will be holding its Apple Event on October 13th at 1 PM ET.