Apple has won the ninth J.D. Power and Associates award for customer satisfaction, but in some cases even Apple fans seem unsatisfied with how the company treats them. Here is a story of unsatisfied Canadian iPhone owners who contacted us to share their case. 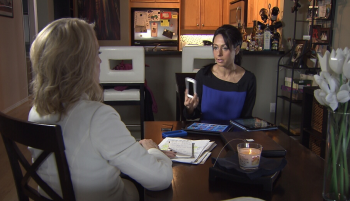 Lisa Tschirner and her husband Tim have more roughly 10 Apple products in their home, but on January 8th, Lisa’s iPhone 4 caught fire as it was charging in the kitchen, and ended up fried. Although it did surprisingly work afterwards, it wouldn’t charge anymore.

After contacting the Apple Store in Oakridge Centre the next day, Tschirner was surprised to find that Apple representatives offered a replacement iPhone 4 at a cost of $169, plus tax. After such a catastrophic failure, he expected them to take the phone back to have it thoroughly checked out by a technician alongside a free replacement phone and an apology.

Seeing things weren’t going to go as planned, they emailed Tim Cook. In just about an hour, Tim received a phone call from the Apple Executive Relations team, and with the help of the Technician Support and some photos Tschirner sent in, Apple has found:

As they couldn’t agree in full with Apple’s position, the Tschirners contacted the consumer reporter Lynda Steele of CTV News, which has tried to contact Apple eight times for reaction, but the reply was “Apple declines to comment”. They also reached out to us with the details.

Finally Apple asked the troubled iPhone owners to send the device and charging cable in for a proper diagnosis, but the Tschirners are still waiting for the company to detail how to return the device and cable.

The Canadian case isn’t an isolated one: There are a few stories about smoking, burning or exploding iPhone 4 models. But in this case, the happy ending is still missing. Have you encountered any issues with Apple’s customer service? Or flaming iphones?