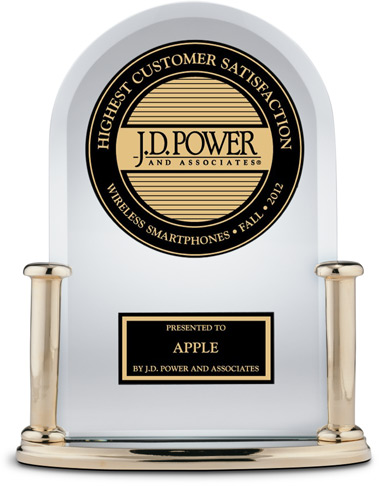 According the press release issued on Thursday (via Slashgear), Apple tops the J.D. Power and Associates 2013 US Wireless Smartphone Satisfaction survey measuring satisfaction in several key factors such as performance, physical design, features and ease of operation for the ninth consecutive study.

While the satisfaction among smartphone customers averages at 796 out of a possible 1,000 points, the iPhone was the only one to achieve a score of 855, performing particularly well in physical design and ease of operation. Apple is followed by Nokia with 795 points and Samsung with 793 points. 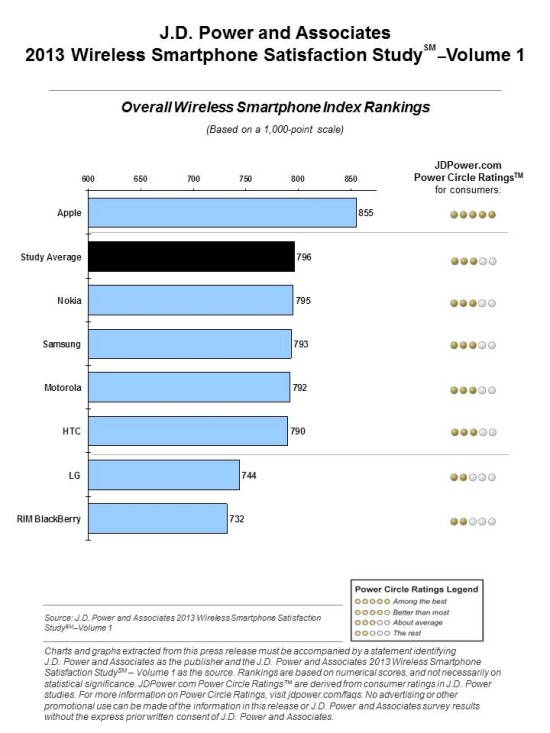 “As the capabilities of wireless phones and their applications continue to expand, and as customers grow more reliant on their device, handset manufacturers have an opportunity to further shape the customer experience and impact satisfaction with better integration of services and more communication options, such as video chat,” said Kirk Parsons, senior director of telecommunications services at J.D. Power and Associates. “It is important, however, that manufacturers meet the expectations of those customers who take advantage of such offers by ensuring the features are intuitive and, ultimately, rewarding to them. Providing an easy-to-use, yet powerful operating system with the ability to customize applications to suit individual needs is essential to providing a high-quality and rewarding wireless experience.”

The study is based on a survey involving 9,767 smartphone customers, surveyed between July and December 2012.